Reiterating that companies collect as little data as possible, the Apple CEO says that he considers privacy as one of the most important issues of the 21st century. 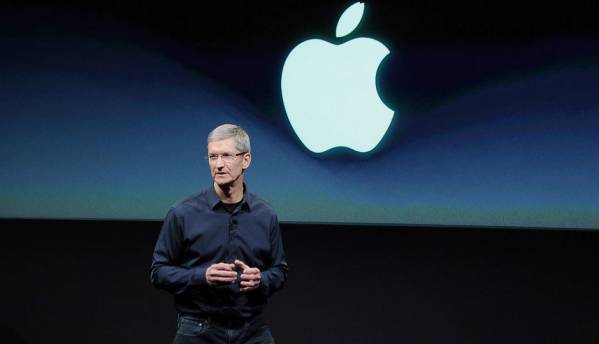 Apple has always voiced its support when it comes to users’ privacy. It even denied giving FBI access to the iPhone of a terrorist who sprayed bullets on people in San Bernardino back in 2016 citing that the step “threatens the security of our customers.” In a recent interview with Vice, company CEO Tim Cook has reiterated his stand of collecting “as little as possible” consumer data and condemned the tech companies who ask “all the consumer data to make their products better.”

"The narrative that some companies will try to get you to believe is: 'I've got to take all of your data to make my service better.' Well, don't believe them. Whoever's telling you that, it's a bunch of bunk," Vice quoted Cook as saying. Although Cook did not take any names, according to CNBC, Cook “appeared to admonish the likes of advertising giants Facebook and Google, which rely on data sharing with third parties.”

When it comes to making products for the people, Apple has had a different approach. In June, Apple updated its privacy policy on the App Store under which it made it mandatory for all developers to communicate all the details of how their apps will use the consumers’ data. “Starting October 3, 2018, App Store Connect will require a privacy policy for all new apps and app updates before they can be submitted for distribution on the App Store or through TestFlight external testing. In addition, your app’s privacy policy link or text will only be editable when you submit a new version of your app,” the Cupertino-based giant had said in a blog post at that time.

On the contrary, Facebook, Google and Twitter were invited by the US Senate for a hearing related to election security last month. Google chose to give a miss to the hearing but Twitter CEO Jack Dorsey and Facebook COO Sheryl Sandberg testified before the Senate. Google submitted a written response though it did not mention the reason for its absence. Apple is not untouched by the scrutiny. On September 26, the company testified at a Senate hearing and supported the idea of a federal privacy legislation. It said that privacy was a human right that should be ‘supported both by social norms and the law.’

On similar lines, Cook said that though he is not typically a “pro-regulation kind of person,” he is willing to work with lawmakers to educate them and ensure that tech companies create products that are great for society. “I think some level of government regulation is important to come out on that,” Cook was quoted as saying. On the issue of its conservative approach which is reportedly damaging the development of its services like AI-powered virtual assistant Siri, especially against the competition, Cook reiterated company's “collect as little data as possible” stance and said that he considers privacy “one of the most important issues of the 21st century.”

In India, Apple attracted the wrath of the government, after the company refused to approve Telecom Regulatory Authority of India’s (TRAI) Do-Not-Disturb (DND 2.0) app onto the app store. According to Apple, TRAI’s DND app violates the privacy of Apple users and the company reportedly claims that it doesn't share its user data with any third party apps.