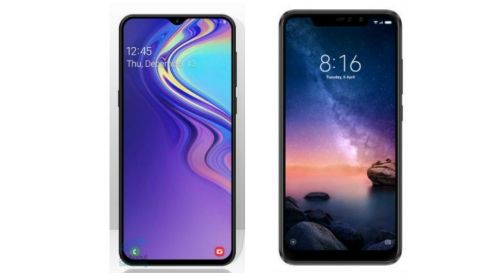 Recently, Samsung has launched two new smartphones in India Galaxy M10 and M20. The company is focusing on targeting Millennials with their two new budget devices. However, Xiaomi has built a great market in India when it comes to budget segment smartphones. Xiaomi’s Redmi series is quite popular among people because of the kind of hardware they offer to customers at a reasonable price. It would be interesting to see whether the Samsung latest smartphone “Galaxy M20” would able to give a tough competition to the Xiaomi Note 6 Pro? At least on paper. 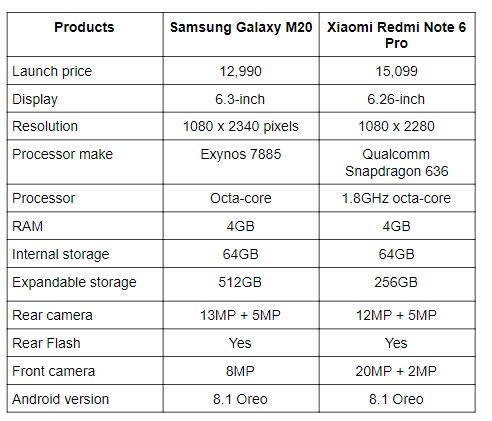 Let's begin with the display of these two smartphones. The Samsung Galaxy M20 features a 6.3-inch FHD+ display that offers a resolution of 2340 x 1080 pixels. The phone has a water-drop notch on top of the display, which gives you more viewing area. On the other hand, the Xiaomi Redmi Note 6 Pro sports a slightly smaller 6.26-inch display that comes with a resolution of 1080 x 2280 pixels. The phone sports a traditional notch on top of it, which houses the dual front camera and a mic.

The Xiaomi Redmi Note 6 Pro is now available in India at a price of Rs 14,699. Those who are interested to buy the Samsung Galaxy M20, have to wait till February 5.