The Samsung Galaxy M10 is finally launched in India at a starting price of Rs 7,999. We are comparing it with Xiaomi’s budget device Redmi 6A to see which device is offering the best under a limited budget. 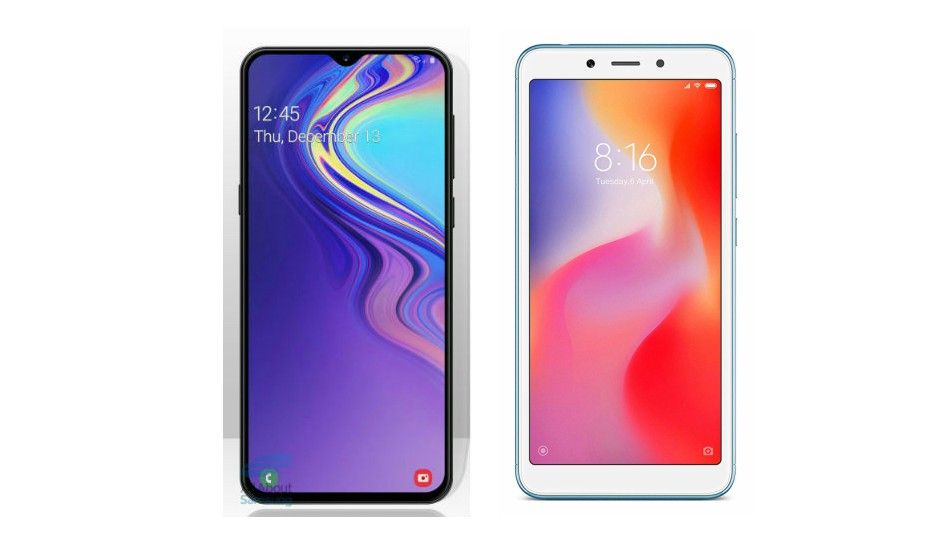 The Samsung Galaxy M10 is powered by an Exynos 7870 octa-core processor and has a dual camera setup on the back. Samsung has launched the M series in India to target Millenials. The phone has a water drop notch on top of it, which makes it stylish in terms of design. On the other hand, the Redmi 6A is a very basic phone in terms of design and display but packs a powerful set of specifications under a price of Rs 6,000. So, let’s compare these two budget devices to know which one packs better hardware under its hood within a limited budget. 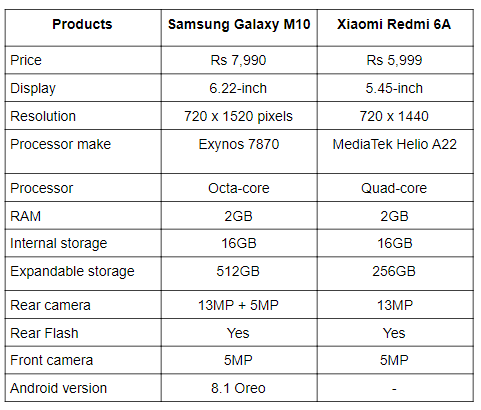 The Galaxy M10 will go on sale in India on February 5 via Amazon. The Xiaomi Redmi 6A is available on Amazon for Rs 5,999