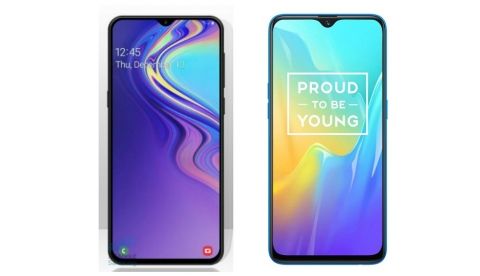 The Samsung Galaxy M10 has been finally launched in India alongside the Galaxy M20 at a starting price of Rs 7,999. The phone has a dual camera setup on the back and a water-drop notch on the front. The smartphone is launched in two variants 2GB/16GB and 3GB/32GB storage models. On the other side, we have the RealMe selfie centric device “U1” that has a 25MP AI-powered sensor on the front along with a dual camera setup on the back. It is also the world’s first smartphone that features a MediaTek Helio P70 chipset. So, if you’re thinking of purchasing a new smartphone under a limited budget and if these two are in your mind then here’s take a look at the specifications comparison of the two to know which device would be the right one to buy as per your requirements. 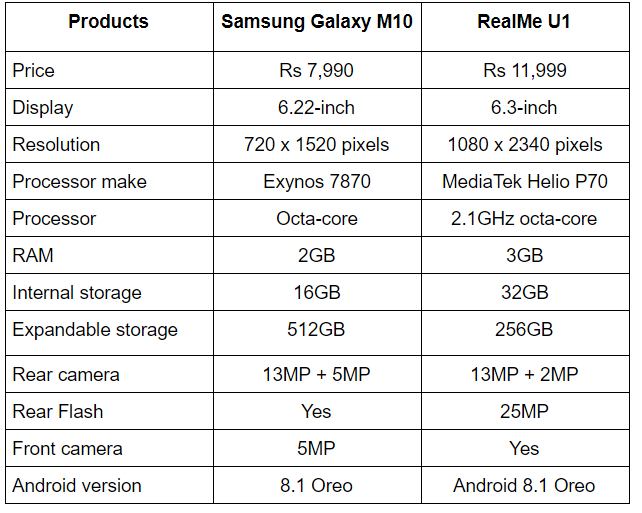 As far as the cameras are concerned, the Samsung Galaxy M10 has a dual rear camera on the back along with a 5MP sensor on the front. On the other hand, the RealMe U1 has a 25MP AI-powered selfie camera with a dual 13MP + 2MP rear cameras.

The Galaxy M10 will go on sale in India on February 5th via Amazon, while the RealMe U1 3GB/32GB variant is available on Amazon for Rs 11,999.