The RealMe U1 is the world’s first smartphone, which is powered by a MediaTek Helio P70 processor. We are comparing the device with the Honor 8X to see which smartphone offering the best hardware on paper. 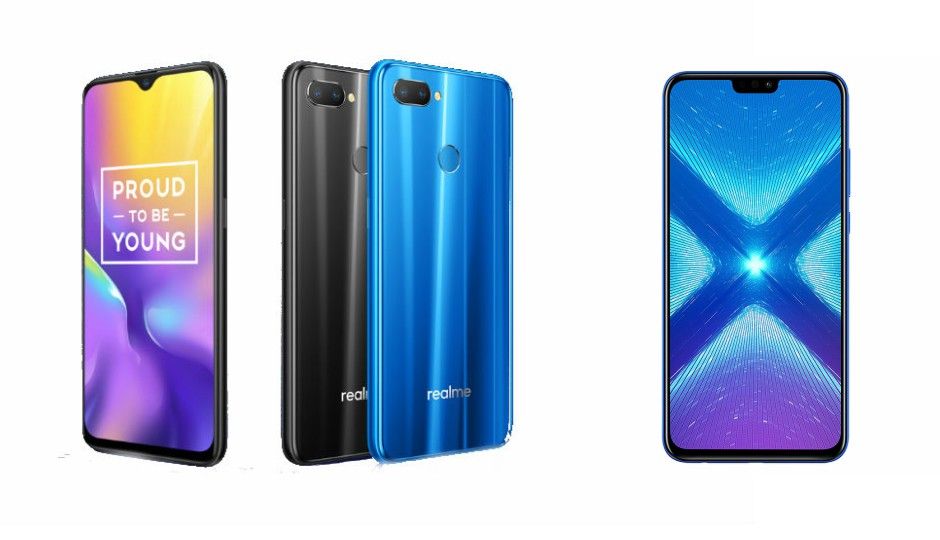 The RealMe U1 has recently launched in India with a starting price of Rs 11,990. The phone comes in two variants 3GB/32GB and 4GB/64GB, which is priced at Rs 14,999. The smartphone comes with a 6.3-inch display that features a teardrop notch on top. On the other hand, the Honor 8X, which was launched this year at a price of Rs 14,999, comes with a Kirin 970 octa-core processor. So, let’s begin with a quick specification comparison to know which one is better in terms of specifications. 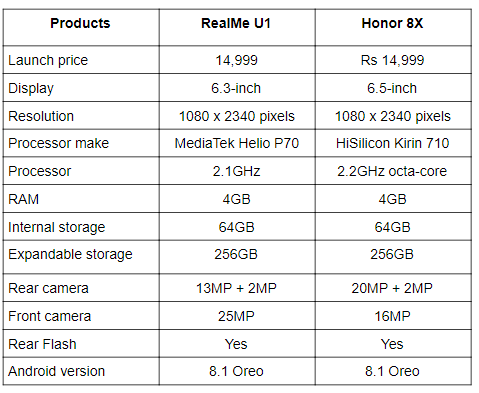