Recently. The Oppo has launched two new smartphones “Oppo R17 Pro” and “Oppo R17” in India. We are comparing the two devices to see which one would be the right buy for you? 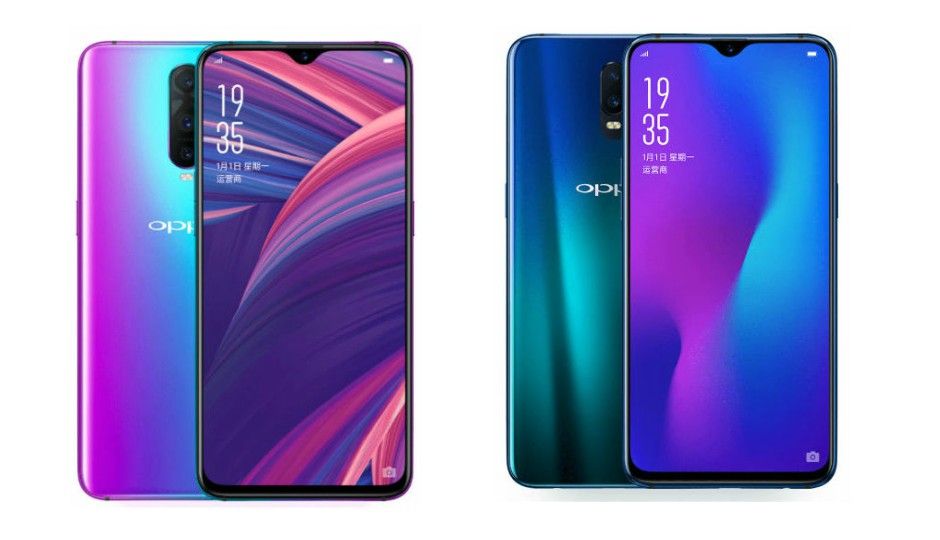 The Oppo R17 Pro is an affordable premium device by the Chinese company that comes with a triple camera set up at the back. The phone features a 6.4-inch display that offers a resolution of 2340 x 1080 pixels. On the other hand, we have the Oppo R17 that comes with a dual-rear camera setup and a 25MP selfie camera. The smartphone is priced at Rs 34,990 in India. So, Let’s do a quick specification comparison to see the difference between the two? 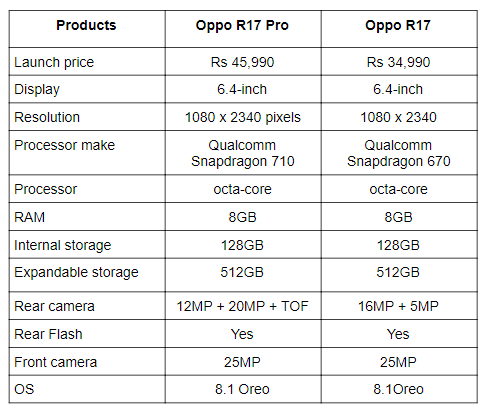 As far as the cameras are concerned, the Oppo R17 Pro features a triple 20MP + 12MP + TOF camera set up at the back, which is also the highlight of this smartphone. When it comes to the Oppo R17, it has a dual 16MP + 5MP camera setup the back. At the front, both devices sport a 25MP front shooter.