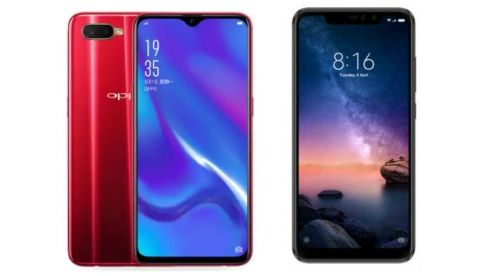 Oppo has launched several mid-range segment smartphones last year. Now, they are all set to launch its first device of the year 2019 in India “K1”. The device features an in-display fingerprint sensor and sports a 25MP sensor on the front. On the other hand, we have Xiaomi’s Redmi Note 6 Pro, which is the first smartphone by the Chinese company that has four cameras in total - two at the back and two on the front. Let’s do a quick specs comparison of the two and find out which device packs better hardware under its hood at least on paper. 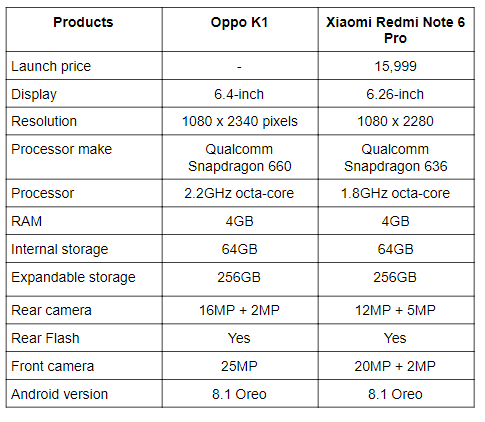 The Oppo K1 will launch in India on February 5, while the Xiaomi Redmi Note 6 Pro is available in India at a discounted price of Rs 14,699 on Amazon.