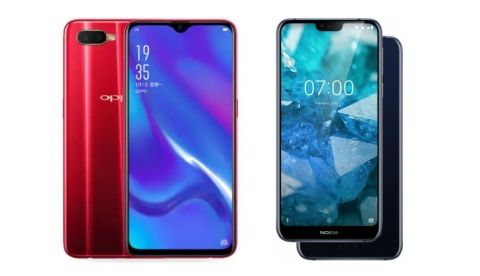 The Oppo K1 is currently the most affordable device in the market that features an in-display fingerprint sensor. The phone is powered by a Qualcomm Snapdragon 660 processor and is priced at Rs 16,990. One of the closest competitors of this device is the Nokia 7.1, which is also available in India around the same price and comes with a pretty good set of specifications. So, let’s begin with a quick comparison of the two to know which device would be the right buy for you in terms of hardware? At Least on paper. 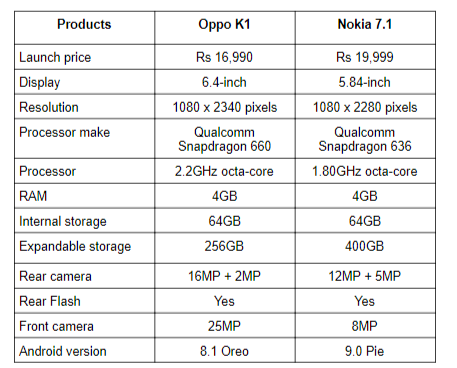 Let’s begin by comparing the display of these two smartphones in detail. The Nokia 7.1 comes with a 5.84-inch display that offers a resolution of 1920 x 1080 pixels. On the other hand, the Oppo K1 features a slightly bigger 6.4-inch FHD+ display that offers a resolution of 2340 x 1080 pixels. Not only it has a bigger screen in compared to the Nokia 7.1 but also has a tiny-dew drop notch on top of it, which gives you more viewing area and almost bezel-less display, which is missing in the Nokia 7.1.