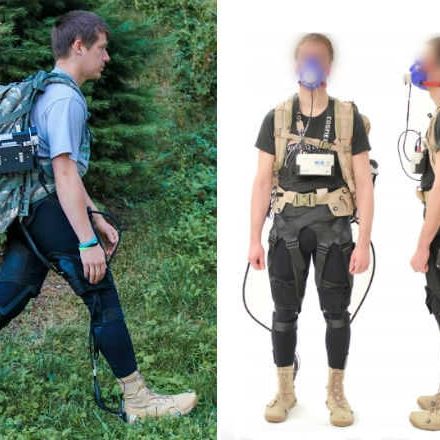 Researchers at Harvard University have created a wearable robotic exo-suit that is capable of carrying heavy loads. This is expected to contribute to medical, military, and recreational applications. On Thursday, the researchers published a study on their exo-suit in the open access Journal of NeuroEngineering and Rehabilitation.

The researchers have been working on the exo-suit for two years. The exo-suit reduces 7.3% of energy used up by human metabolism when a person is carrying a heavy load while walking. It reduces the amount of work done on the hip, knee and ankle. When the user is wearing the exo-suit, the movement of a walker with a load is similar to one without a load. Thus, without affecting the freedom of movement, the suit helps users carry heavy load with almost no effort.

The conventional exoskeletons are heavier and hampers with natural movement. This exo-suit uses textiles instead and is made of a waist-belt, two thigh pieces and two calf straps which are connected by cables along with two motors mounted on a backpack. The suit is active only when the user starts to walk and it supplies 80% of the power produced by the legs. They devised this creation after analysing and studying humans’ metabolism, kinetics, and kinematics. They also studied and monitored the breathing techniques, gait and muscle activation of humans.

This wearable exo-suit can aid people who carry heavy loads frequently for example soldiers, hikers, and also rescuers. This will also benefit people with physical impairments.