Samsung's reported growth in gross revenue and operating profits has been attributed to the early launch and strong sales of the Galaxy S7 and Galaxy S7 Edge smartphones. 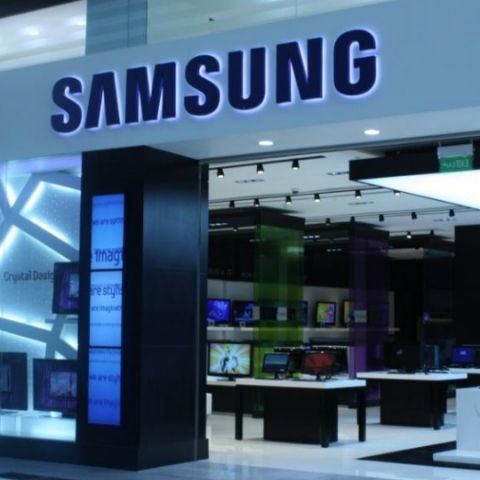 The boost in revenue and profits has been attributed primarily to the success of Samsung’s latest generation flagship smartphones, the Galaxy S7 and S7 Edge. Alongside, improved 14nm supply of System LSI products, higher OLED panel sales and improved memory product mix has contributed to the rise in revenue. While LCD display panel business took a hit because of changing trends, the flagship Galaxy S7 smartphones drove up OLED panel sales, thereby partially neutralising the decline in the LCD panel lineup.

Samsung has also achieved growth in earnings in the Consumer Electronics division, stating, “The Consumer Electronics (CE) Division achieved significant earnings growth YoY led by expanded sales of premium TV models such as SUHD TV and Curved TV in developed markets, and also a notable sales increase of premium home appliance products in North America.” It has also seen sustainable improvement in the Semiconductor division, the branch of Samsung involved in the fabrication of Exynos chipsets.

This has been Samsung’s strongest earnings report of late, and the company expects to grow at a steady rate. Looking ahead into the future, Samsung stated, “Looking ahead to the second quarter, while demand for smartphones and tablets is forecast to remain flat due to continued weak seasonality, the worldwide rollout of the latest flagship models as well as an increase in shipments of the mid-to-low-end Galaxy A and J series are expected to help the company maintain robust sales momentum and profit. As for the year ahead, Samsung anticipates softening demand in the smartphone market and negative growth in the tablet market. The company will reinforce its leadership in the premium smartphone segment on the back of the Galaxy S7 and S7 edge, while continuing to increase volume and improve profitability in the mid-to-low-end segment. In addition, the company will continue to expand the Samsung Pay service to global markets and look into new business opportunities.”

Samsung has been looking to improve the product mix in its storage segment, while sustaining a steady development in the display product mix and semiconductor businesses. Its latest generation flagship smartphones have been widely appreciated, and Samsung will be looking to build upon this foundation to further increase its business. Yesterday, on April 27, 2016, Apple reported a decline in revenue for the first time since 2003. While Apple's overall revenue still stands at $50.6 billion, ahead of Samsung by some margin, the company will be wary of the competition that the Korean giant Samsung Electronics pose. Apple CEO Tim Cook stated at Apple's earnings call about Apple's increased focus on developing markets such as India.

Interestingly, Samsung already has a stronghold in India, and has a wider presence across various consumer electronics categories, at multiple price points, and in various online and offline distribution networks.