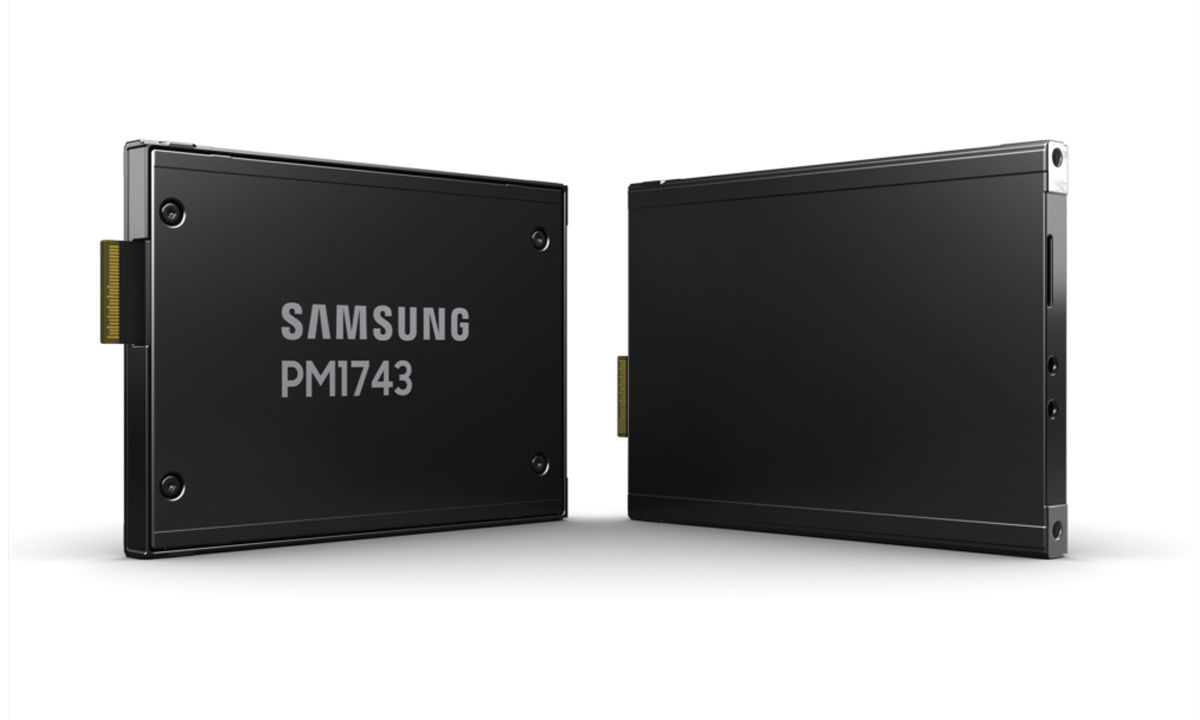 With enterprise SSDs now official, super-fast consumer PCIe 5.0 SSDs should be under way.

Samsung has announced its next-generation PCIe 5.0 Nvme enterprise SSDs (PM1743) that almost double the performance compared to PCIe 4.0 drives while improving power efficiency by 30 per cent. To keep with the additional PCIe 5.0 bandwidth, these drives come with a new controller and the latest sixth-generation 128-layers V-Nand.

Samsung confirms that it has been working with Intel to test these next-gen SSDs, presumably with 12th gen Alder Lake CPUs which are also the first mass-market products to support 16 lane PCI 5.0.

“For over a decade, Samsung has been delivering SATA, SAS and PCIe-based SSDs that have been recognized for outstanding performance and reliability by leading enterprise server customers including corporations, governments and financial institutions,” said Yong Ho Song, Executive Vice President and Head of the Memory Controller Development Team at Samsung Electronics. “The introduction of our PCIe 5.0 SSD, along with PCIe 6.0-based product developments that are underway, will further solidify our technological leadership in the enterprise server market.”

Samsung also aads a separate security processor and root of trust to the drive controller to enhance security.

Apart from Samsung, Adata will also be presenting PCI 5.0 based SSD drives at CES and claims 14GBps sequential read speeds and 12GBps sequential write speed for its Project Nighthawk SSDs.

Samsung will offer the drives in two form factors - conventional 2.5-inch U.2 form factor, as well as in 3-inch EDSFF (E3.S), a new enterprise and data centre form factor. Samsung says that customers deploying 7.5 mm E3.s drives will be able to double the capacity for the same servers as compared to those using 15mm 2.5-inch form factor.