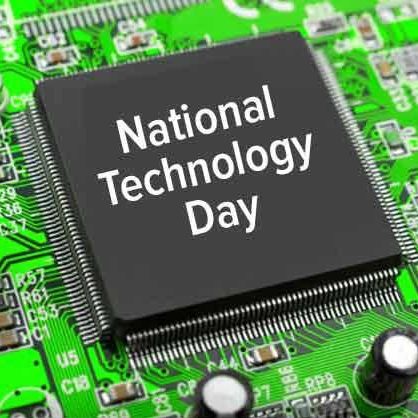 President Pranab Mukherjee presided over the celebrations of National Technology Day on May 11, 2016, in New Delhi.

Every year on May 11, the Ministry of Science and Technology celebrates National Technology Day to honour the achievements of innovation and technology in the country. On Wednesday, Prime Minister Narendra Modi, an active user of technology himself, greeted fellow citizens via Twitter and Facebook. President Pranab Mukherjee, Union and State Ministers for Science and Technology presided over the celebrations at Vigyan Bhawan, in New Delhi.

The theme of this year’s Tech Day celebration was ‘Technology enablers of Startup India’. President Mukherjee also awarded several companies and individuals for their contributions to the field of technology. One of the awardees was the Pune-based technology business incubator, Venture Center at the National Chemical Laboratory (NCL). It managed to bag the 'National Award for Technology Business Incubation for 2016'. Venture Center houses 40 startups out of which 35 are science and technology-based. Department of Science and Technology (DBT), Ministry of Earth Sciences, Council of Scientific and Industrial Research (CSIR) and the family of national science departments participated in the awards function.

The National Technology Day is celebrated to commemorate India’s achievements in technological growth. May 11 marks the first flight of India’s first indigenous aircraft ‘Hansa-3’. It was test flown at Bangalore in the year 1999. On the very same day, successful test firing of Trishul missile was performed and also three successful nuclear tests were executed at Pokhran, in Rajasthan.