Nvidia an impressive CG model of CEO Jensen for a part of April's GTC keynote presentation. All the slides and cinematics for the presentations were fully rendered in Omniverse. The CG version of the CEO was on screen for 14 seconds. 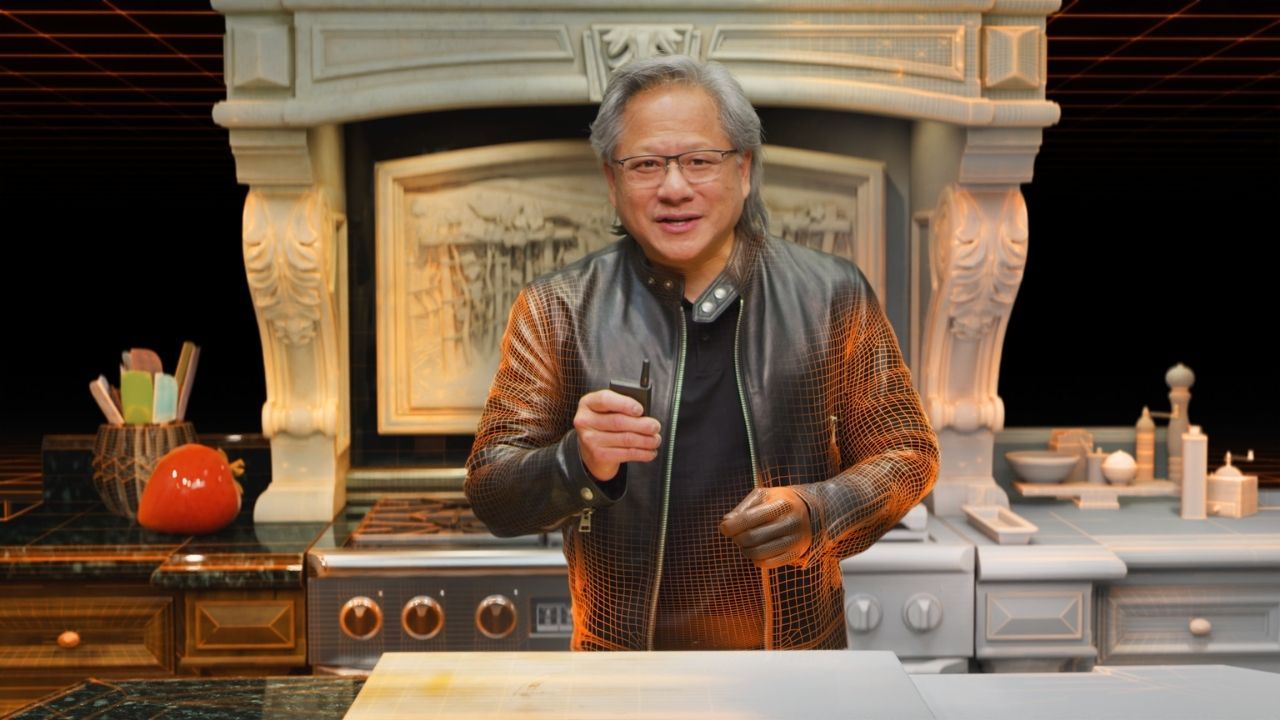 Earlier this year, we all saw Nvidia CEO Jensen Huang standing in his kitchen to deliver a press conference showing the company's latest technology. April's GTC keynote was very important for Nvidia to showcase everything that they've been building behind the scenes, and well, they delivered it in style.

Nvidia, just like many other companies, switched to an online press conference due to the coronavirus pandemic. April's GTC keynote was no different in that regard, however, Nvidia put in a lot of work behind the scenes to make it happen. In fact, they ended up creating a CG version of CEO Jensen that appeared in the keynote.

Pretty sure none of us noticed that but Nvidia has confirmed that the CG version of CEO appeared on screen for exactly 14 seconds. Here's a video explaining how it was done -

The engineers did a full face and body scan of the CEO to create a 3D model of him, then programmed it to mimic his gestures and expressions. In addition to the CEO, they also scanned the kitchen and created it in Omniverse to make it look photorealistic. Quite impressive if you think about it.

Not only that, but Nvidia also detailed that all the slides and cinematics used for the presentation were all made in Nvidia's own platform called the Omniverse. It's kind of impressive how they put in so much work for something like the slides that could've simply be done with basic software.

The video goes into detail about the entire process that happened behind the scenes. Nvidia's creative team came together and used a whole bunch of applications (the third-party ones included) to make it happen. What stood out for me, however, is how Nvidia created the "NVIDIA DGX Station A100 Animation" in Omniverse.

Here, check it out -

This is a very reminder to tell you guys exactly the kind of efforts all these companies are putting in to make sure the information is being delivered in the correct way with an impressive presentation. Not being able to attend these events in person is obviously a huge bummer but at least we're glad to see such efforts being made to make it a great experience for us, the consumers.