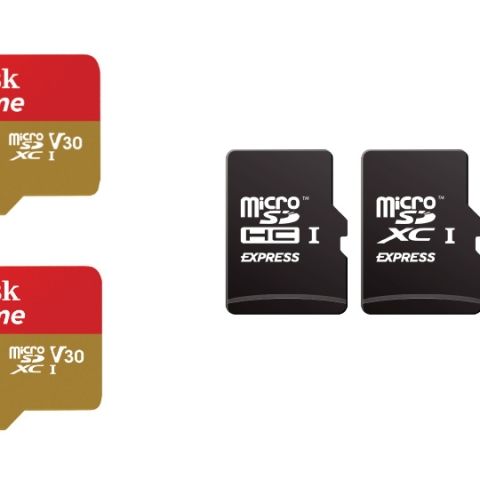 The Mobile World Congress 2019 is in full swing and a slew of tech announcements is coming in. While foldable and 5G phones seem to be the theme at this year’s MWC, companies are also making some other interesting announcements. SanDisk has launched its 1TB UHS-I microSD card, along with a 512GB variant of the same. The company says that 1TB is the highest microSD card capacity currently available. Additionally, there have been more announcements in the mobile storage space as the SD Association has unveiled a new microSD Express format. The new format employs the NVMe 1.3 and PCIe 3.1 interfaces, similar to SD Express format that is used in PCs to power SSDs.

Let’s start off with the new 1TB microSD card unveiled by SanDisk. The device conforms with the Application Performance Class 1 (A2) requirements, which enables faster app loading as compared to its predecessor A1. The new memory card is claimed to enable read and write speeds of up to 160MBps and 90MBps respectively. This is said to have been made possible with the help of Western Digital’s proprietary flash technology. The SanDisk Extreme 1TB / 512GB microSDXC UHS-I card is also waterproof, shockproof, temperature proof, and X-ray proof, and is Speed Class 3 (U3) and Video Speed Class 30 (V30) certified. The new 1TB and 512GB microSD cards by SanDisk will be available in April 2019 at a price of $449.99 (Rs 31,900 approx) and $199.99 (Rs 14,201 approx) respectively.

Coming to the new microSD Express format announced by the SD Association, it is touted to enable speeds of up to 985 Mb/s on cards that employ it. Alongside the PCI Express and NVMe interfaces, the microSD Express format also enables legacy connectivity since it is used with the second row of microSD pins. It is touted to deliver up to 985 MB/s of data transfer rate and the NVMe upper layer protocol enables advanced memory access mechanism as well. As PCIe 3.1 is also used, which supports low-power states, the memory cards that will employ the new format will need less power than current microSD cards. Other features like Bus Mastering, Multi-Queue (without locking mechanism) and Host Memory Buffer are also enabled with the microSD Express format.