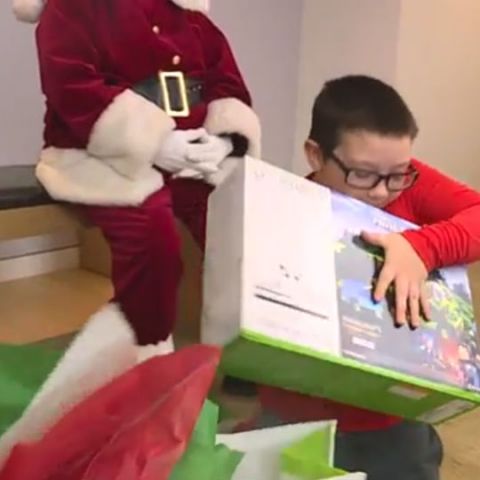 It seems like Microsoft is well aware of the phrase, “one good deed deserves another.” Fox 8 reports that Mikah Frye, a nine-year-old from Ohio, USA gave up his gift of a new Xbox One X console from is grandmother in order to spend that money on 30 blankets for the homeless people in his locality. This act of selflessness during the Christmas season caught the eye of Microsoft, who decided to give the boy his gift after all.

Mikha’s parents fell on hard times a few years ago and had lost their home. The family had to stay at the Ashland Church Community Emergency Shelter for a few weeks before finding another place to stay. "Not only will they have a nice warm blanket that they get to keep, everybody will get a blanket, but they're wrapped in Christ's love as well as Mikah's love," said Cathy Thiemens, the executive director of the Ashland Church Community Emergency Shelter Services.

The company planned to surprise the boy with the new console and informed his grandmother, Terry Brant of their intentions. "When they called and told me I was just instantly crying on the phone and I couldn't believe it," said Brant. "What's harder was not telling him."

At the Microsoft store in Beachwood Place, Frye was lead to the back of the store by employees and was given a Minecraft Edition Xbox One X as well as a few more games. You can watch the video of Frye receiving the console below.