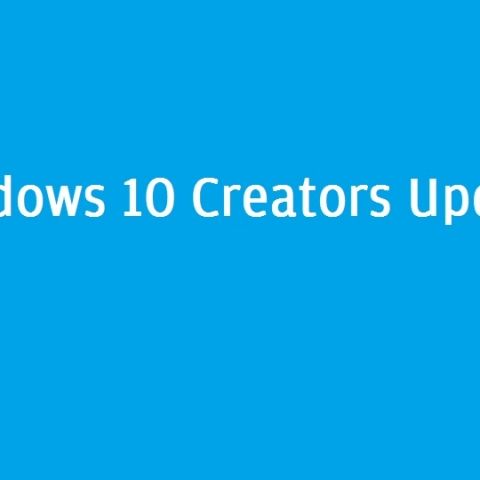 Rumors and news about the upcoming Creators update for Windows 10 have been pouring in and now Microsoft has confirmed the information that there will be a dedicated game mode in Windows 10, while also giving us a brief tease of Beam - which is poised to be Microsoft’s own alternative to Twitch.

Platform Engineering Head Mike Ybarra has confirmed the existence of the “Game Mode” and also a feature in which the mode will optimize the computer’s resource usage to provide a better gaming experience.

“Our goal is to make Windows 10 the best Windows ever for gaming. With the Creators Update, we’re introducing a new feature called Game Mode. Windows Insiders will start seeing some of the visual elements for Game Mode this week, with the feature being fully operational in builds shortly thereafter. Our vision is for Game Mode to optimize your Windows 10 PC for increased performance in gaming.”

Along with this, Ybarra also confirmed that Beam, which Microsoft acquired last year, will arrive with the Creators update. In October last year, while announcing the Creators update, Microsoft had announced the Beam, gamer-created tournaments, and other popularly requested features will make it to the Creators update. And now they have confirmed that Beam will be part of the Xbox One and Windows 10 with the goal of making it “one of the easiest ways to stream your gameplay”. Both platforms won’t require any additional software and will have easy to use shortcuts to start streaming. While there is no confirmation on where exactly the stream can be viewed, it is highly likely to be within the gaming ecosystem of Microsoft.

Along with the game mode, there will be some major upgrades to the Xbox Guide feature that will make it much easier to complete the most common tasks alongside multiple changes to the platform itself. There is also a strong focus on making it easier for you to find people to play with, as Microsoft has promised a better social experience on the Activity Feeds, Clubs and Looking for Groups (LFG) features.

Taking the social aspect one step further, the “Arena” feature on Xbox Live will allow you to create tournaments and participate in those created by other players, including tournament organizers like ESL and FACEIT. While all of these features have been promised, there are no additional details regarding specifications, for example, how exactly the Game mode will improve the performance. Microsoft has merely asked people to “stay tuned” on those lines as they will be sharing more information before the Creators update reaches the people sometime between March and May 2017, as is being reported.