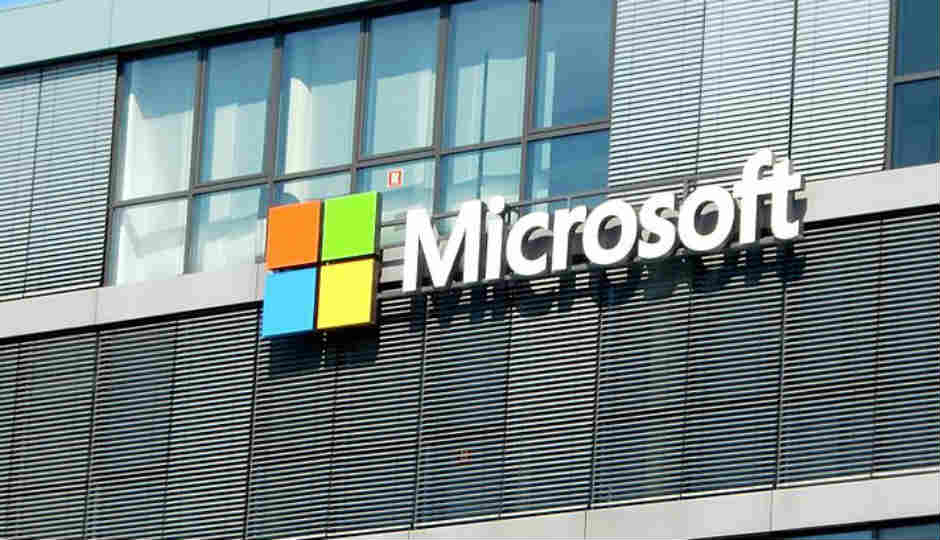 Microsoft India kicked off its annual Media and Analyst conference at its Hyderabad campus, the second largest Microsoft campus in the world, and the theme this year was Digital Transformation.

At the event, Microsoft laid out its cards and highlighted all that the company is focusing on building in India. The tech giant spoke about creating digital solutions for India, focused on verticals that include - workplaces, financial institutions, educational institutions, startups, as well as healthcare services.

Giving an overview of its operations in India, Microsoft pointed out that it collaborates with 13 state governments in India and provides them with its cloud infrastructure. In the startup space, Microsoft supports 5000 Indian upstarts yearly. Apart from helping govt bodies build citizen-centric services in the country, Microsoft claims it has 400 educational institutions that utilise the power of its cloud services.

Partnerships in the above-mentioned verticals are also key to Microsoft’s India growth strategy. Take for instance Ola play. The service is hosted on Microsoft’s Azure cloud. Not only does Azure help host Ola play services, the ride-hailing company also utilises Microsoft’s Connected Car platform to collate sensor data from cars, which is ingested in the cloud, structured, and analysed to build customer and driver experiences.

At the event, Ola also announced that it will soon make more of Microsoft’s productivity tools available within the ride experience. However, no other details were shared, so we don’t know just how Ola plans to further integrate Microsoft’s services with its own.

Ankit Jain, VP and Head of Ola Play said, “we really wanted to rethink the vehicle from a backseat point of you and make it a modern workplace. While our cars run on fuel, our business runs on data. That’s where the intelligent cloud and Microsoft partnership comes in. Of course, we want to bring the entire productivity suite that Microsoft has and bring it into the car.”

An interesting example of how Microsoft is collaborating with financial institutions was shared by one of The company’s many partners in the space - ICICI bank, specifically the Lombard insurance arm of the bank.

Girish Nayak, Chief Customer Service, Tech and Operations, ICICI Lombard shared an example of how Microsoft’s Connected Car and telematics services help the insurance provider avoid hijackings of high-value insured goods during transportation. Money transit insurance policies sold by the bank basically ensure that high-value goods remain safe during transit from one place to the other.

The bank, in these cases, uses telematics devices in trucks to map journey time and other data of the trucks carrying the goods. This data is then monitored and analysed at a physical facility, using Microsoft’s tools.

In the healthcare space, Microsoft reiterated its partnership with Cloudnine maternity clinics which utilise Microsoft Dynamics 365, allowing these clinics to increase productivity, gain insights into customer behaviour and offer personalised experiences. For instance, when a customer enters the clinic, a service representative is automatically informed of the customer’s presence through an SMS, thereby minimising the service time gap. Microsoft Dynamics also helps the healthcare provider keep track of patient records and collect patient feedback for analysis.

Lastly, Microsoft announced that it is building a new, bigger facility right here in Hyderabad to further grow its Garage initiative. Microsoft Garage is a platform that brings together employees of the company from all over the world and helps them collaborate and work on new ideas, innovative technology. The Microsoft Garage space in Hyderabad will be expanding into a whole new 4000 sq ft space at the campus, complete with equipment such as 3D printers, laser cutters and other such prototyping hardware to help employees work on their ideas.