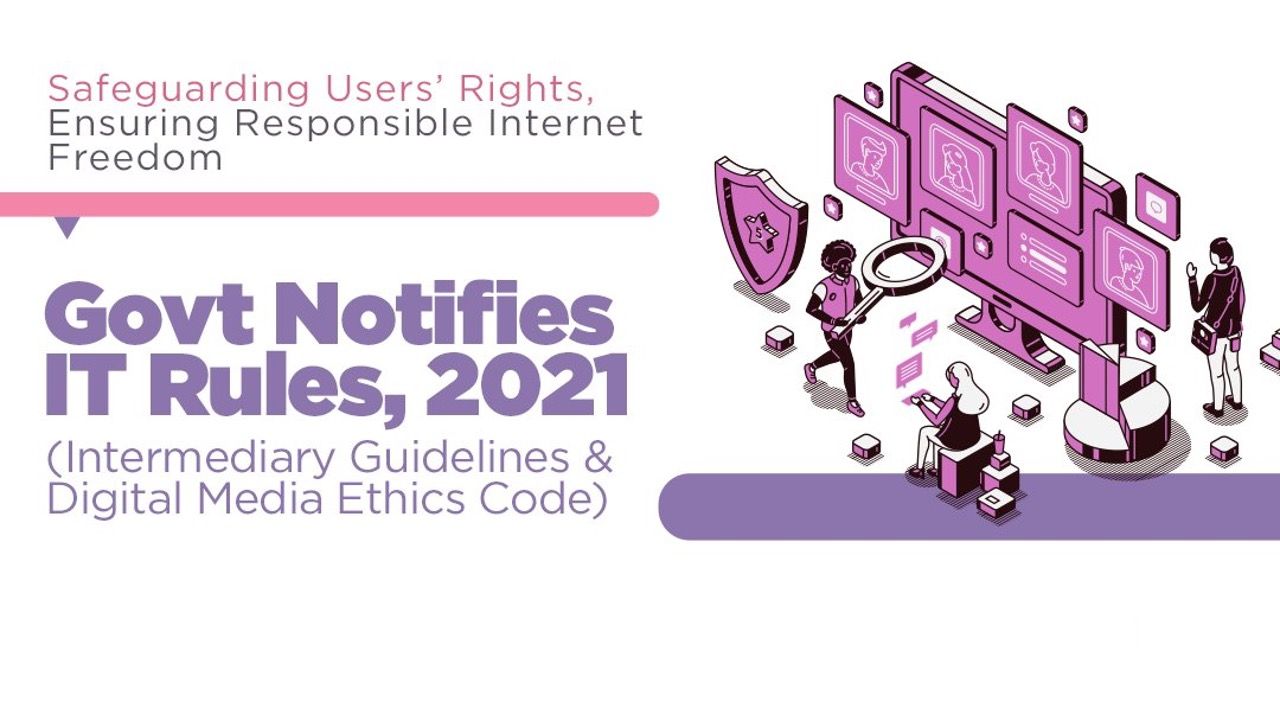 The Indian government has released the Information Technology (Intermediary Guidelines and Digital Media Ethics Code) Rules, 2021 with an aim to regular social media platforms, digital media and OTT platforms. When the new rules come into effect, Facebook, Twitter, Instagram, WhatsApp and more will have to ensure better checks and balances when it comes to user-generated content shared on their platforms. Similarly, the new rules also entail a three-tier content classification model for regulating OTT platforms like Netflix and Hotstar and you can read more about that separately here.

Essentially with the new IT Rules 2021, the Government of India is trying to regulate the digital media sphere and with it the content that is shared online. The new IT Rules are formed under the IT Act, 2000 and supersede the previous IT Rules 2011. The Ministry of Electronics and IT in its press release said that the “new Rules empower ordinary users of social media, embodying a mechanism for redressal and timely resolution of their grievance.”

Until now, digital media and OTT platforms have largely remained away from the ambit of any regulations courtesy of Section 79 of the IT Act which allows a safe harbour. However, in the past couple of years, the Indian government has been trying to put a leash on Big Tech companies as they look for larger accountability from them in the eye of challenges like fake news, misuse, violence spread of defamatory content and disruption of public order among others. The new rules are applicable to OTT platforms, digital media and social media at large and will be enforced by the Ministry of Electronics and IT and the Ministry of Information and Broadcasting.

Under the new IT Rules 2021, social media platforms have been asked to follow due diligence, the lack of which will mean that “safe harbour” provisions won’t apply to them. Furthermore, the government directs these companies to set up a grievance redressal mechanism for users to send in their complaints. “Intermediaries shall appoint a Grievance Officer to deal with such complaints and share the name and contact details of such officer. Grievance Officer shall acknowledge the complaint within twenty-four hours and resolve it within fifteen days from its receipt,” as per the new rules.

Though social media platforms have empowered users, yet they need accountability against its misuse and abuse. These Rules substantially empower the users to seek redressal for their grievances. Take a look to know more. #ResponsibleFreedom #OTTGuidelines pic.twitter.com/o5Z2brfnA8

Under the Information Technology (Intermediary Guidelines and Digital Media Ethics Code) Rules 2021, what are the additional due diligence that needs to be followed by a significant Social Media Intermediary? Have a look! #ResponsibleFreedom #OTTGuidelines pic.twitter.com/VQwQCpoSKA

The significant social media intermediaries will be obliged to follow some additional measures that include appointing a Chief Compliance Offer, Nodal Contact Person and a Resident Grievance Officer in India. Apart from this, these platforms should also have a physical contact address in India which should be notified on the website and apps.

Identifying the source of information

A big red flag in the IT Rules 2021 is the Traceability aspect detailed by the government. In it, the government has asked social media platforms to enable “identification of the first originator of the information” which essentially means the source of the information/content. This will be applicable in the event of “prevention, detection, investigation, prosecution or punishment of an offence related to sovereignty and integrity of India, the security of the State, friendly relations with foreign states, or public order or of incitement to an offence relating to the above or in relation with rape, sexually explicit material or child sexual abuse material punishable with imprisonment for a term of not less than five years.”

However, take the example of an end-to-end encrypted app like WhatsApp or Signal which does not keep a track of messages sent or received by its users. What happens to such apps in case the government wants to know the source of a particular message? There is no clear answer to this yet. However, instant messaging platforms such as WhatsApp, Signal and Telegram have banked on their end-to-end-encryption features to offer privacy to their users time and again. When the new rules come into effect, it remains to be seen what measures do the social media giants take to safeguard the privacy of their users.

Amidst the concerns around lack of transparency, accountability & rights of users related to digital media, the IT Intermediary Guidelines & Digital Media Ethics Code Rules 2021 have been announced. Take a look to know some of the key details. #ResponsibleFreedom #OTTGuidelines pic.twitter.com/KKIIDMcEn3

The IT Rules 2021 also lay down the measures to remove content that is deemed “unlawful” by the government. The new rules state that social media companies are prohibited from hosting or publishing any unlawful information obtained “in relation to the interest of the sovereignty and integrity of India, public order, friendly relations with foreign countries etc.” after receiving a court order or government notification. Furthermore, the new rules ask social media platforms to inform users before removing or disabling access to the information posted by them. “Users must be provided an adequate and reasonable opportunity to dispute the action taken by the intermediary,” the rules state.

The IT Rules 2021 have been published in The Gazette of India which means that it is currently under effect except for some rules for significant social media intermediaries which will come in effect after three months. We have explained the new IT Rules for OTT platforms separately that you can read here.