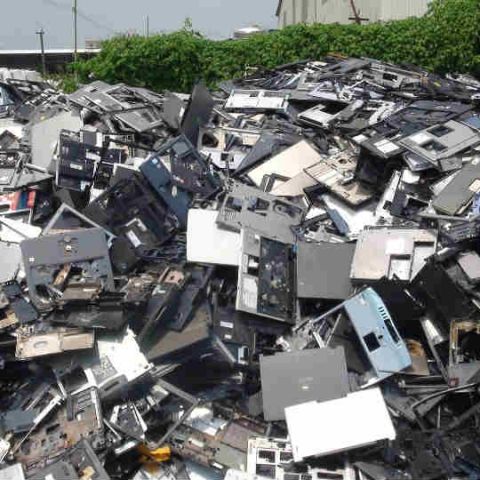 India generates about 18.5 lakh metric tonnes of electronic waste per year according to an ASSOCHAM-Frost & Sullivan study. The study noted and this number may increase to 30 lakh tonnes per year by 2018. Mumbai generates the most amount of E-waste at about 1.2 lakh tonnes followed by Delhi-NCR and Bengaluru with 98,000 and 92,000 tonnes respectively.

According to the study, the government, public, and private sectors contribute more than 70% of e-waste, while 15% is contributed by households. The majority of e-waste consist of televisions, refrigerators, and washing machines, with computers and mobile phones making up 20% and 2% of e-waste respectively. The study also noted that that only 2.5% of the e-waste generated by India gets recycled due to poor infrastructure and legislative framework. In addition, over 95% of e-waste generated in the country is managed by the unorganised sector and scrap dealers. It was noted that the biggest e-waste recycling market in India is Delhi with about 30% to 40% of the e-waste generated in the country landing there. Most of the waste that is generated ends up with the informal recyclers due to lack of regulations and improper collection centers. These recyclers use hazardous methods like acid stripping and open air incineration for processing the waste. Not only are these methods unsafe, but also cause pollution by releasing toxins into the environment.

As per the study, about five lakh children between 10 to 14 years are employed as child labourers and work without any protection or safeguards. DS Rawat, ASSOCHAM Secretary General said, “It is a matter of concern that most of our e-waste is handled in the most unscientific way by scrap dealers, who may be inadvertently handling radioactive material, as was brought to light in the past in a Mayapuri (west Delhi) case.” ASSOCHAM’s report strongly advocated the need for a legislation that will prevent the entry of child labour into the collection, segregation and distribution of e-waste. The report also suggests tacking the issue of e-waste by e-waste collection centers easier to reach and training informal recyclers about proper recycling techniques.