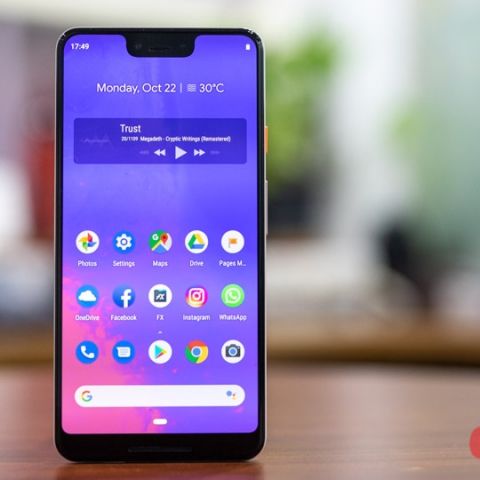 Apart from the standard security improvements, Google has also released a functional patch for the Pixel 3 and the Pixel 3 XL smartphones. The newest update brings along improved audio quality when recording videos on the Pixel 3 series of devices. Google says that the update will be rolled out gradually to ensure maximum stability and reliability, which means that not everyone will receive the OTA update right away.

Google Pixel 3 and the Pixel 3 XL are powered by an octa-core flagship Qualcomm Snapdragon 845 chipset, coupled with 4GB LPDDR4X RAM with either 64GB or 128GB onboard storage. The smartphones also feature the Titan M custom chips for added security. While the Pixel 3 features a Full HD 5.5-inch flexible OLED display, the Pixel 3 XL sports a 6.3-inch QHD+ flexible OLED panel with 18.5:9 aspect ratio and a notch.

Both the smartphones have a 12MP dual-pixel camera with 1.4um pixels and OIS. There’s an added spectral and flicker sensor and the lens has f/1.8 aperture. On the front is a dual camera setup. Two 8MP sensors are housed in the notch of the Pixel 3 XL, while on the Pixel 3, they are placed above the display. While one has a wide-angle lens with f/2.2 aperture and 97-degree wide field of view, other has an aperture of f/1.8 with a field of view of 75-degrees.

Both the Pixel 3 and the Pixel 3 XL inherit the pressure-sensitive edges from their predecessors and support wireless charging which works with Qi-certified chargers. There is a speaker on the chin and the earpiece doubles up as the second speaker to deliver stereo sound. The Google Pixel 3 sports a 2915mAh battery while the Google Pixel 3 XL is powered by a 3,430mAh battery. The smartphones run on Android 9.0 Pie out of the box.