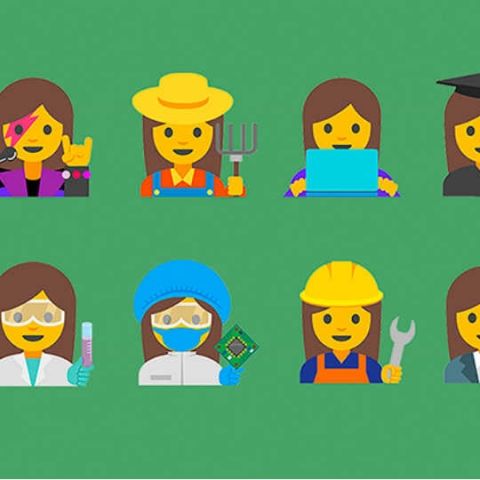 On Tuesday, Google employees unveiled a range of female emojis showcasing them in different professions including healthcare, science, education, farming and construction. According to Google’s proposal submitted to the Unicode Consortium, the goal is to have these emojis in regular use in smartphones and computers by the end of this year to ‘empower girls everywhere’.

The Unicode Consortium is a non-profit organisation dedicating to creating standardised emojis and text characters. Notably, Mark Davis, the President and Co-Founder of the Unicode Consortium, is also one of the authors of this proposal. According to media reports, the sexism and stereotyping that the current female emojis promote have caused increased concerns. To voice support on this issue, last month, the First Lady Michelle Obama tweeted that she ‘would love to see a girl studying emoji’.

“Given the fact that women are the most frequent emoji users and that they span a wide professional spectrum not yet reflected in current amoji, we want to help address this pressing matter of equality,” Google said in its proposal. “No matter where you look, women are gaining visibility and recognition as never before. Isn’t it time that emoji also reflect that women play a key role in every walk of life and in every profession?”

Jeremy Burge, the founder of both the online resource Emojipedia and World Emoji Day, as well as a member of the Unicode Consortium’s Sub-committee told the Guardian that the proposal from Google was well-written and ‘pragmatic from an encoding point of view’. Google has chosen the professions for the new set emojis based on reviewing the data from U.S. Bureau of Labor Statisics, and the U.N.’s International Labour Organisation along with a few other agencies.