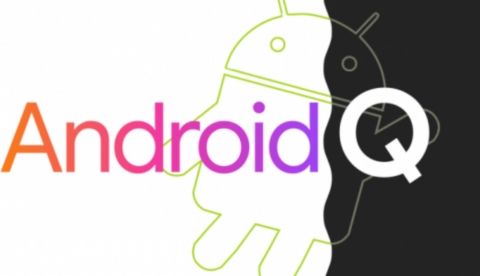 A Google Pixel 2 smartphone has been spotted running Android Q OS on Geekbench. The phone has scored 1856 points on single core and 6307 points on multi core the benchmarking tests respectively. The development comes a few hours after Android Developer Iliyan Malchev said in a podcast that this year, even more devices will be eligible for the beta releases of Android Q when it’s announced later this year.

The phone is being named “unknown AOSP on ARM64”, however, if you look carefully, you will notice that the motherboard has “walleye” written against it, which is the codename for the Google Pixel 2. As expected, the listing does not reveal much about the OS, however, there are already reports that give us some information on what can be expected from the next iteration of the Android OS. 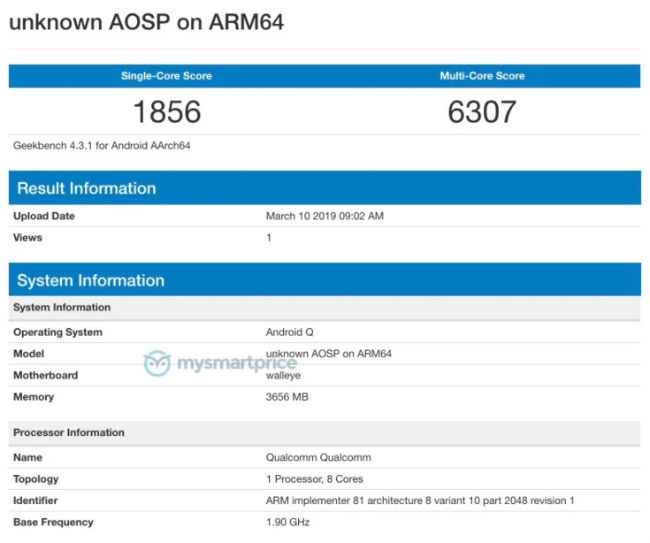 Google is expected to announce the next revision of its Android operating system at the Google I/0 2019. Several reports have claimed that the company is working to embrace a system-wide Dark Mode and will reportedly introduce it in Android Q. According to a Googler, the dark mode is an “approved Android Q feature.” A few weeks ago, XDA Developers got access to an unreleased build of the operating system which detailed a dark mode and a slew of new features that could be announced with the next Android revision.

There were reports which claimed that Google could introduce Dual SIM Dual Standby in 2019 Pixel flagships. Google introduced a pill-shaped home button for navigation and there may be some more changes to the way gestures work in the Android Q. Google may remove the back button, and swiping left on the main navigation pill is expected perform the function of going back. Additionally, a single right swipe on the pill would help changing between the recent apps.

Further, it was reported that Google may also add support for biometric facial recognition hardware. Reportedly, the company is working to bring native support for the hardware in Android Q. It was claimed that “dozens of strings and multiple methods, classes, and fields related to facial recognition in the framework, SystemUI, and Settings APKs in the leaked AOSP build of Android Q” were spotted.