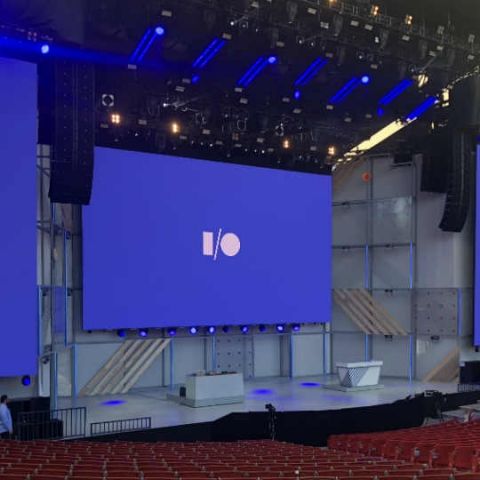 Google is well known for showing off some really great innovations at its annual I/O developer conferences and the company will host its I/O 2019 event from May 7 to 9 this year. The announcement comes from the company’s CEO Sundar Pichai, who tweeted the dates on which the event will be held, along with the confirmation of the venue - Shoreline Amphitheatre. The Mountain View, California based location has been the venue of choice for Google I/O since the last three years. There’s no official information on what announcements Google will be making at the event but going by reports, we have an idea of what we can expect at the event.

Glad the transmission was received:) See you at Shoreline Amphitheatre May 7-9 for this year's I/O! #io19 pic.twitter.com/CXWpQR4Eza

Google can be expected to unveil Android Q at Google I/O 2019. The next iteration of the operating system for Android smartphones has already leaked in an early beta build that suggested Google could finally implement a system-wide dark theme. There might also be revamped permissions and more. A recent report claimed that the company could bring native support for face recognition hardware in Android Q, enabling users to use face recognition to sign into apps or authorise purchases. However, the new feature will reportedly require users to set a password, PIN and pattern as a backup.

While Google announces its third generation Pixel smartphones and other devices at the Made By Google event in 2018, there is a chance that it could unveil a lite variants of the Pixel 3 at I/O 2019. There have been numerous sightings and leaks of the Pixel 3 Lite and Pixel 3 XL Lite smartphones that are expected to be toned down versions of the original Pixel 3 phones. Some reports on the phones are conflicting but it seems that the Pixel 3 Lite might feature a 5.56-inch display, while the 3 XL Lite could sport a 6-inch screen. Both devices might feature a notch-less display design and could be announced with a 3.5mm headphone jack.

The company could also announce a mysterious device called Google Coral that was recently spotted on Geekbench.  The device is listed with 6GB RAM and scores 3,296 points in single core tests and 9,235 in multi-core tests. There are speculations of the device being powered by the Qualcomm Snapdragon 855 chipset that was released recently and the listing shows that the phone is running Android Q.