Phule was born on January 3, 1831, and spent her life working for women’s rights in British-occupied India. 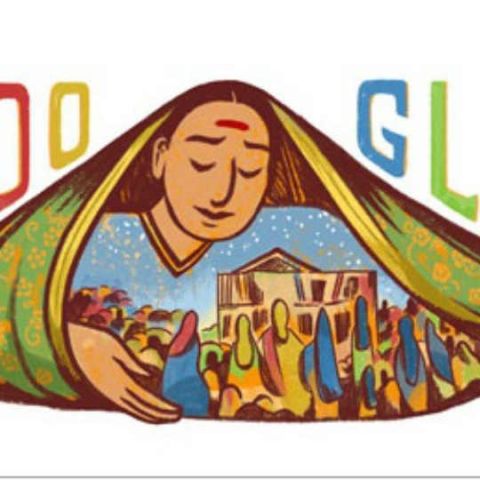 Google Doodles often pay homage to popular personalities on their birthdays and today’s Google Doodle is a tribute to Indian social activist Savitribai Phule’s birthday. Phule was born on January 3, 1831, and spent her life working for women’s rights in British-occupied India. She, along with her husband, founded the first women’s school in Bhine Wada, Pune, in 1848. The Google Doodle dedicated to Phule depicts an artist’s impression of her sheltering women, apt for her contributions to the cause of female empowerment.

She was also an advocate for unfair treatment of people on the basis of caste and gender. Given her immense dedication to these causes, Phule was well regarded and respected in the state of Maharashtra, so much so that in 2014, the Pune University was renamed to Savitribai Phule Pune University. In addition to being a social reformist, Phule was also a poetess and wrote many poems against discrimination as well as some promoting education. Two of her poetry books were also published after her death in 1897.