Gin drinkers spend the most on Amazon when inebriated, study shows

Drunk shopping is not an alien concept to anyone who's had a few too many on a Tuesday night, but who's the most fiscally irresponsible of them all? 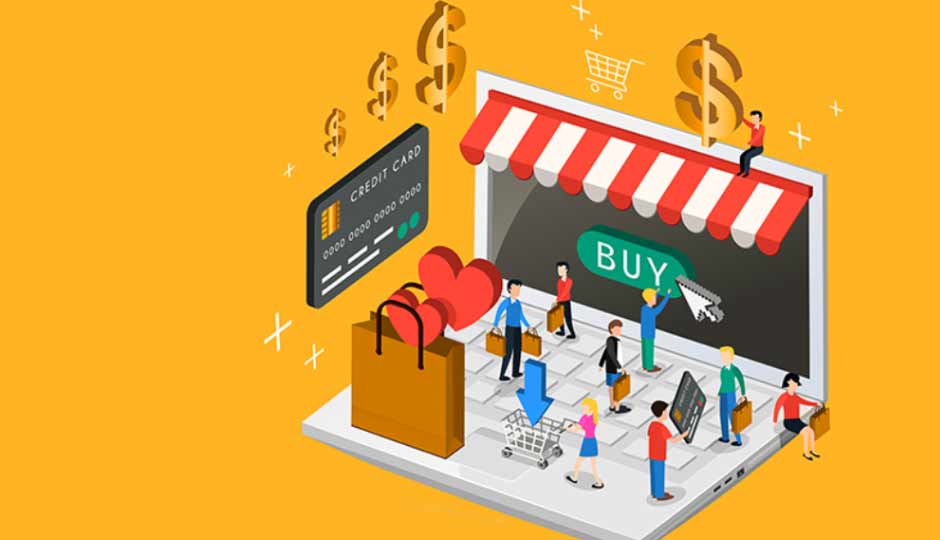 Gin drinkers spend the most on Amazon when inebriated, study shows

Amazon is a wonderful place to elevate your window-shopping game, but it can be just as dangerous if you’ve had a few drinks. That buy now button is especially alluring when under the influence of alcohol and let's face it, there are plenty of us who’ve ended up ordering something that we would have hesitated on while sober. A drug and alcohol recovery centre named Archstone Recovery just concluded a study to determine which kind of drinker was spending the most on Amazon shopping online, and their conclusion is that those who consume Gin the most, tend to spend the most on Amazon.

Perhaps it’s the association with James Bond that drives them, but Gin drinkers, according to the study, spend an average of $82.40 on Amazon while under the influence of their favourite Sloe. The second most gullible lot are the Rum drinkers, averaging a spend of about $53.88. The rum drinkers are closely trailed by Vodka aficionados with an average spend of $50.50. The Wine drinkers follow next, with Red Wine drinkers exercising better impulse control than those drinking white. The least amount of money is spent by Whiskey drinkers, maybe because good whiskey is expensive and leaves us with very little money to spend on anything else, or maybe because a good pour is enough to put us to a comfortable sleep. Regardless, whiskey drinkers do manage to spend an average of $38.84 on Amazon, probably to buy whiskey stones or new whiskey glasses. 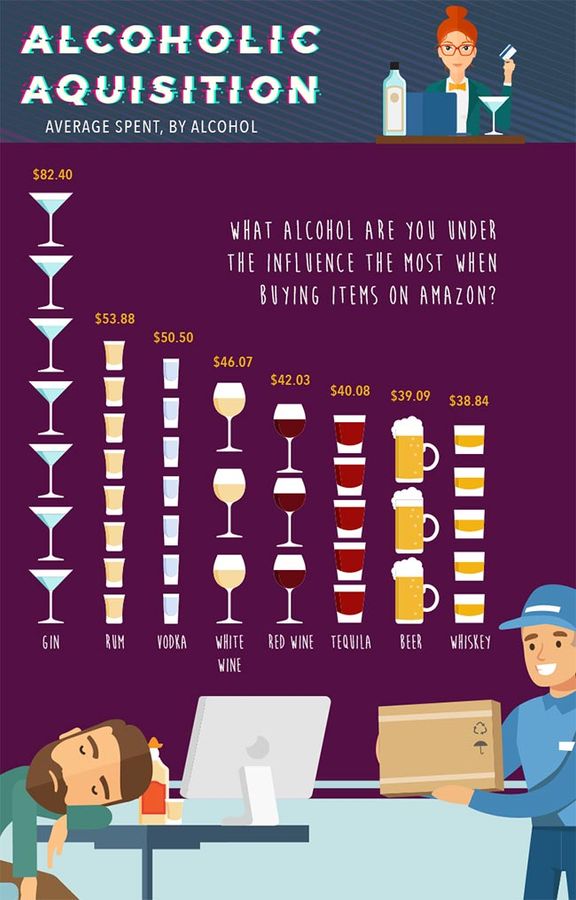 When taking into account big-ticket spends, the Gin drinkers again came out first, with their bank accounts getting lighter by an average of $236. Surprisingly, whiskey drinkers race past all the other alcoholics to the number two spot, spending an average of $204.70. Those crystal whiskey glasses aren’t cheap you know. Tequilla and Beer drinkers follow the whiskey guys with an average spend of $202 and $193 respectively, with the Red Wine drinkers spending the least on big ticket items at $113.

Interestingly, the research also looked at the most regretful purchases when drunk and turns out, smartphones and their accessories topped the list at 66.7 percent of the drunks expressing regrets about making dumb life decisions. The second most regretful purchase was books, which is surprising because why would you regret buying books? For some reason, video games and beauty products incited the least amount of regret.

Drinking can be a fun, social activity, but at times, it can also lead to irresponsible credit card charges. The study only looked at spends on Amazon.com, so it is entirely possible that the numbers may not be reliable enough o generalize. For example, there are some Gin drinkers who would purchase more expensive bottles of Gin after a few drinks. Same for whiskey drinkers. That kind of spending doesn’t happen on Amazon.