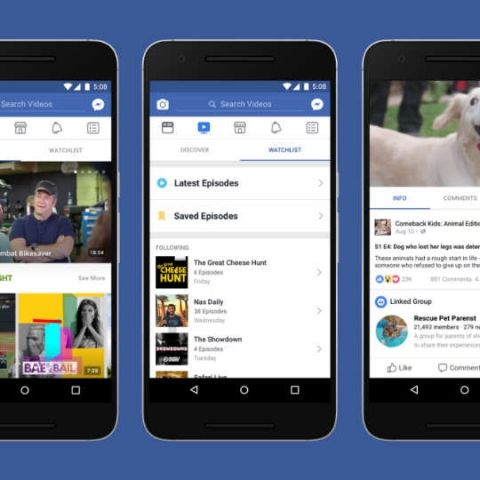 Facebook has announced that its Watch service is now globally available on desktops and on the Facebook Lite app. The company also announced that Ad Breaks are now rolling out to eligible Pages in 40 countries, including India. In its review of the Facebook Watch service, the social media platform also shared some interesting numbers, along with details on its video strategy and a range of new updates for Watch.

“Three months since our global launch, there are already more than 400 million people monthly and 75 million people daily who spend at least one minute on Watch — and on average, these 75 million daily visitors spend more than 20 minutes in Watch. We’re seeing that people are regularly coming back to catch up on the videos they care about and watching for longer periods of time. In this post, we’re sharing more details on our video strategy and a range of new updates for Watch,” Fidji Simo, Head of Video, said in a blog post.

Facebook says that it’s now working to unify the video experience across its platform and for that, it will be testing “few things”, one of which is creating a darker background for it on mobile. Currently, people can find videos on Facebook in a number of different places, including Watch, News Feed, Search and Pages. For Ad Breaks, it says that in 2019 it will continue to expand the ways publishers and creators can make money on Facebook. “We’ll bring Ad Breaks to video creators in more countries around the world, and will test new Ad Breaks placements, like in livestreams from gaming creators,” Simo stated.

Facebook says that it will also be investing more in the original content that “sparks conversations”. In 2019, the platform will continue to fund originals, and it has announced renewal of four shows for a second season: Huda Boss, Five Points, Sacred Lies, and Sorry For Your Loss.