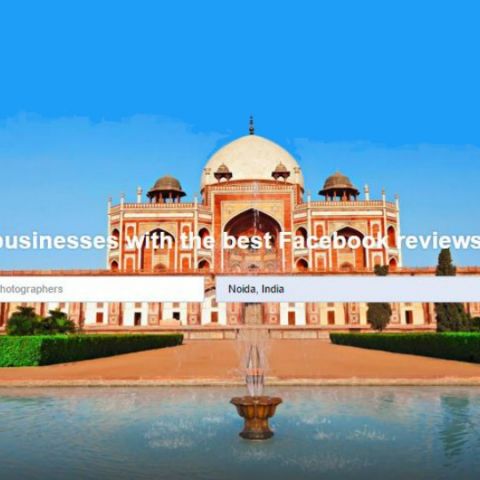 Facebook states that it is only testing the service as of now, and a more serious roll-out will follow in future.

Facebook has introduced Services, a hyperlocal market platform in India. Available under the domain facebook.com/services, the platform in its present form provides a list of services categorised across various sectors such as Medical & Health, Pet Service, Automotive, Arts & Marketing and Plumber, among many others. The services are listed based on user ratings of the business pages on Facebook.

Facebook's entry in the crowded hyperlocal services market in India gives out a signal of intent to other prospective hyperlocal service providers such as UrbanClap, LocalOye and GoodService. Facebook has already set up its hyperlocal marketplace platform in the United States of America, going up against services like Amazon, LinkedIn and Yelp! As of now, it is not clear how Facebook aims to take its initiative forward in India or monetise it. However, it seems to be work in progress for now, and a Facebook spokesperson confirmed to us, stating, “We’re in the early stages of testing a way for people to easily find more Pages for the services they’re interested in.”

The hyperlocal marketplace now has numerous service providers, and have attracted large rounds of funding and investment by the likes of Tiger Global Management LLC and IDG Ventures. Unlike the older players in India like Classified sites and others who charge a commission, Facebook presently lists service providers and companies based on the user rating and feedback they receive on their respective Facebook pages, thus giving people a way to figure out the best service providers available nearby.

We have reached out to Facebook for further details on its plans behind promoting Services in India, and await a response. As of now, the company states that it is only testing the platform in India. A major advantage for Facebook is its independence from investors by relying on its large bank of capital, and with this, it may spell a major sign of warning to startups that have so far capitalised on the hyperlocal market and gained a head start. This may also see other major international hyperlocal marketplaces enter India, making it even more competitive than it already is.