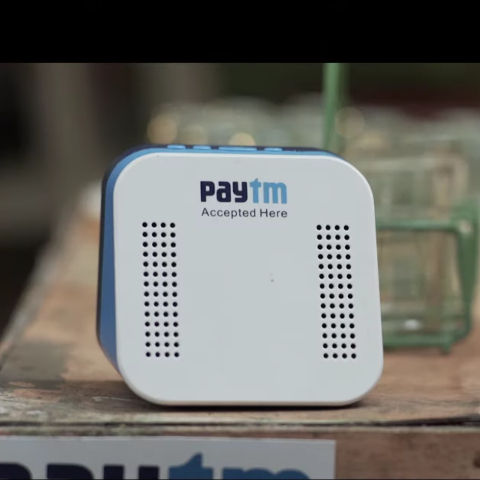 Paytm is now synonymous with digital transactions in India. The fintech app rose to popularity during the demonetisation phase in 2016 and since then, it has grown into becoming a full-fledged digital payments bank along with offering a host of services to merchants, consumers and more. For instance, the company integrated BHIM UPI in its platform as another way of paying for things via Paytm. Then there’s the postpaid service called Paytm Money which allows you to borrow funds from the company to buy groceries, order food, etc. However, the system of digital payments is still far from perfect.

Often when you’re trying to pay via your smartphone, there is a long, elaborate conversation with the retailer to share the QR code which you first scan and then wait till the payment is confirmed and the retailer gets a message. The SMS often doesn’t come instantly and there’s an awkward silence in the time between.

According to our sources, Paytm is looking to smoothen the payment process with a new smart device. Called the ‘Soundbox’, it’s a speaker with a SIM card slot attached that will act as a voice-activated POS (point-of-sale) machine for the retailer. The SoundBox will basically alert the retailer the payment is complete, instead of the retailer having to wait for an SMS on their smartphone. There could be more features to it, but as of now, it will only be used for accepting payments. A user will still have to scan the QR code on this device to make the payment.

Furthermore, the device will only come with a speaker and there won’t be a camera on it. It is powered by the MediaTek MT6261 SoC that’s made specially for IoT devices. It will have 4G connectivity and will be connected to the internet to coordinate online payments on behalf of the retailer.

“Paytm has been working on a solution which will be the Paytm SoundBox. This device is a smart device to make transactions easier. If today we are doing a Paytm transaction, probably it’s easy to see the confirmation message, but when we go to the retail outlets, it becomes difficult for the retailer to keep a track of all incoming transactions,” the source told us.

Essentially, with the box installed, retailers will not require another smartphone to accept Paytm transactions. Now we don’t know the exact release date of the device, but Paytm has already showcased the use-case scenario and the final design of the box in a video on YouTube. We have reached out to Paytm to confirm the launch. The story will be updated as and when the company responds.

Whether the device will have a big impact on the way digital transactions are made is unknown, but we do expect to see these boxes rolling out to shops soon. The device will be issued to retailers for a subscription fee, just like how Paytm gives retailers card-swiping machines for a premium. It will be interesting to see how the device functions in reality. Do we really want the amount paid announced on a speaker for all to hear?