Elon Musk’s Red Roadster just took a lap around the Sun, marking a milestone for SpaceX and Tesla 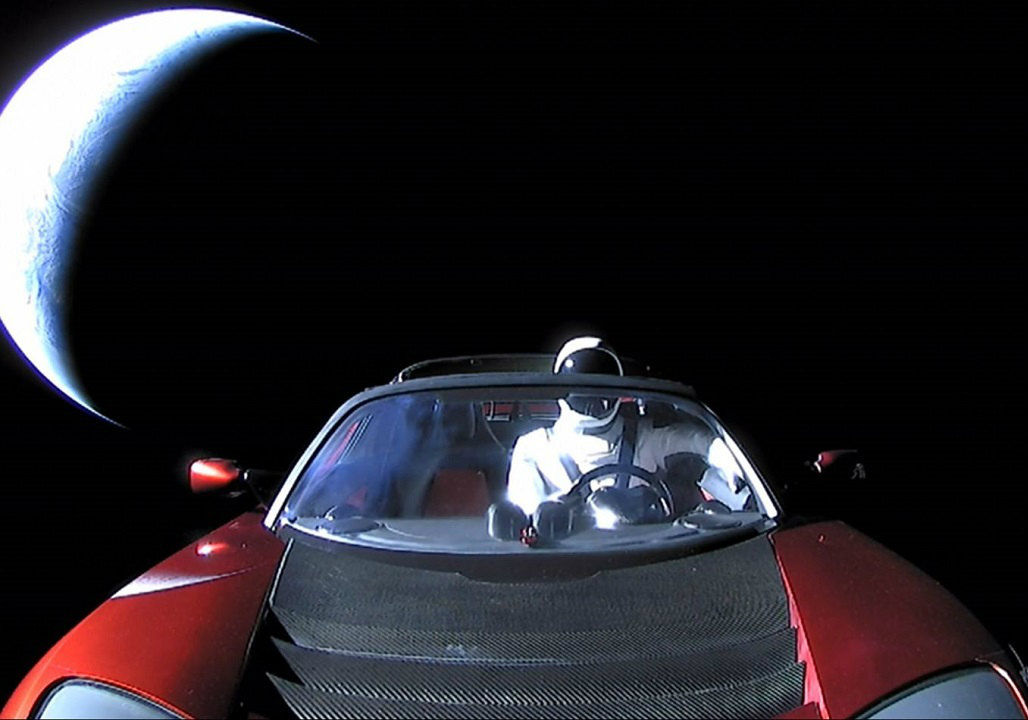 Elon Musk’s Red Roadster just took a lap around the Sun, marking a milestone for SpaceX and Tesla

A year and a half ago, eccentric billionaire Elon Musk decided to launch a cherry red Roadster out into space. As a part of the SpaceX Falcon Heavy rocket launch, the roadster was sent into the great beyond with nothing but a pat on its back. The launch was completed without any problems and the cherry red Roadster was blasted out into outer pace. Accompanying the lone roadster is its driver, dubbed the Starman.

Over the course of the said year and a half, the Roadster has now completed its first lap around the Sun. Think about that for a second, it took a year and a half for the Roadster to complete its first lap. That’s how vast the distances in space are. You can’t even wrap your head around the vastness of space. If you’re interested in following the Roadsters journey, you can head on over to WhereIsRoadster. You will actually see exactly where Musk’s car is, at this very moment. The distance is calculated by measuring its Sun-centric orbit as well as it’s distance from the Earth and such.

As of right now, the Roadster and its driver are about 185 million miles away from our planet.  It is about 68 million miles from Mars as well. A lot of people in the scientific community were concerned that the Roadster might have crashed on the surface of Mars, contaminating the Red Planet and making it very difficult for scientists to study the history and future of Mars. But that was actually nothing to worry about as the Roadster will cruise through outer space for the foreseeable future.

As much as it was a publicity stunt, shooting out a Roadster into space is insane and only Elon Musk could have pulled it off. We’re sure that the bright red colour of the vehicle has been worn off by the radiation of space and it is probably not in the best condition. We’ll keep you posted if there are any new developments in the cherry red Roadster’s celestial journey.