In the second quarter of 2018, Apple captured 43 percent of the global premium segment while OnePlus is the fifth top Android OEM after Samsung, Oppo, Huawei and Xiaomi. 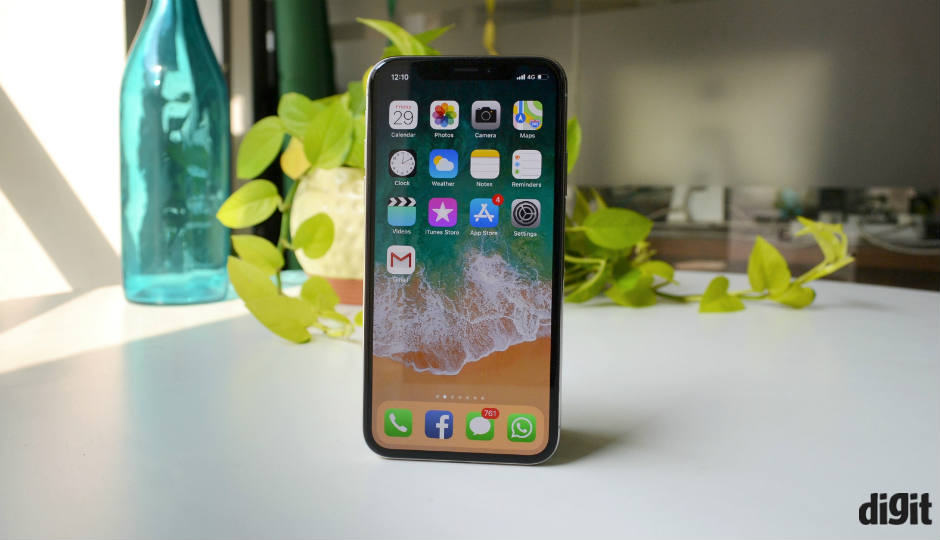 Apple has topped the global premium smartphone (price greater than $400) market and has captured 43 percent share as the segment grew faster than the overall smartphone market in the second quarter of 2018, Counterpoint Research’s Market Monitor Q2 2018 has said. The premium smartphone market in Q2 2018 was driven by increasing shipments from Chinese players, which have upgraded their flagships and are positioning them at a higher price point compared to their previous flagship models. The firm says that as these players grow outside China, premium portfolio can now help them tap the developed markets like Western Europe or the US. 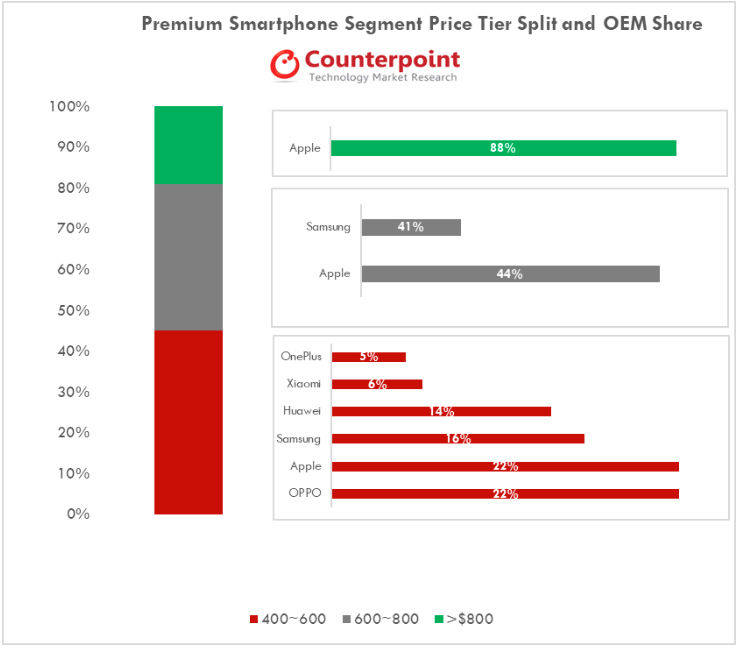 “The global, premium smartphone segment grew faster (+7 percent) than the overall smartphone segment (-1 percent) in Q2 2018. Growth was driven by increase in the shipments of Chinese players like Oppo, Vivo, Huawei, OnePlus and Xiaomi. The premium smartphone segment contributed to one fifth of the global smartphone market during Q2 2018. Close to 40 OEMs compete in the premium segment globally, out of which the top five players account for almost 88 percent of the sales,” the research firm said. Apple is followed by Samsung with 24 percent global premium market share; Chinese players follow the suit with Oppo capturing 10 percent, Huawei getting 9 percent, Xiaomi 3 percent and OnePlus grabbing 2 percent share.

When it comes to the segmentation within the premium segment, the $400-$600 price-band proved to be the sweet spot as it contributed to 45 percent of the total premium segment sales by volume. Counterpoint Research claims that 95 percent of the premium smartphone OEMs have a presence in the $400-$600 segment. “Going forward we expect that competition in the $400-$600 segment will increase as Chinese brands, with their flagship offerings, are planning to expand their presence further,” the firm said.

In the $400-$600 price band, Oppo was at the top with 22 percent share followed closely by Apple with 22 percent. Samsung with 16 percent share, Huawei with 14 percent, Xiaomi at 6 percent and OnePlus, which got 5 percent share, followed the suit. Interestingly, OnePlus was one of the fastest growing brands in the $400-$600 segment. Its sales were driven by India, China and the UK. In India, it surpassed Apple and Samsung to become the number 1 premium smartphone OEM during the quarter with 40 percent market share. It was also amongst the top five premium smartphone OEMs in France (No. 4), Germany (No. 4), Italy (No. 5), Netherlands (No. 4), Sweden (No. 3) and the UK (No. 4) due to strong initial sales of the OnePlus 6.

In the $600-$800 band, Apple and Samsung contributed to 85 percent of the shipments while Huawei trailed by a big margin. In the $800+ segment, Apple clearly dominated with 88 percent share during the quarter. “Among the key Chinese brands in the premium segment, Huawei and OnePlus were the only brands with wider geographic reach. More than 95 percent of flagship sales for Oppo, Vivo and Xiaomi happened in China, while Huawei and OnePlus flagship sales grew in parts of Europe. Apple and Samsung sales were driven by developed markets like the US, China, Japan, Korea and countries in Western Europe,” Counterpoint Research claimed.