Five months after launch, Google’s latest Android version is finally on more than 1% of Android devices. 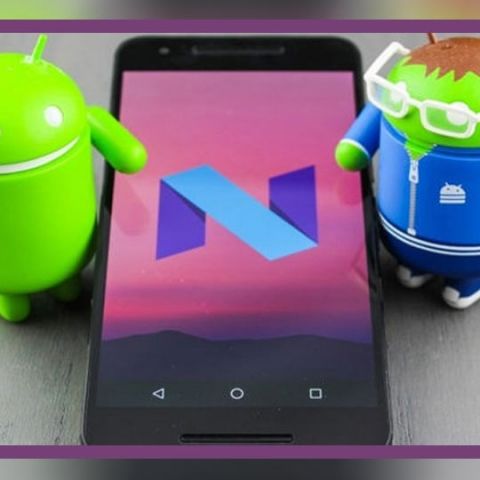 Google has released the latest Android version distribution numbers, and Android Nougat is at 1.2% overall after a good five months since its launch. The statistics also show higher numbers for newer versions like Lollipop and Marshmallow while older versions gradually disappear from the list.

According to an update to the distribution numbers shared on the Android Developer portal, Nougat is on 1.2% of Android devices, with 0.9% of those still on Android 7.0. The highest percentage among all versions is still with Lollipop at a 32.9% share with Marshmallow coming a close second at 30.7%. The lowest overall share on the statistics is with Gingerbread at 1%. Versions before that with shares lower than 1% have been ignored in the report. 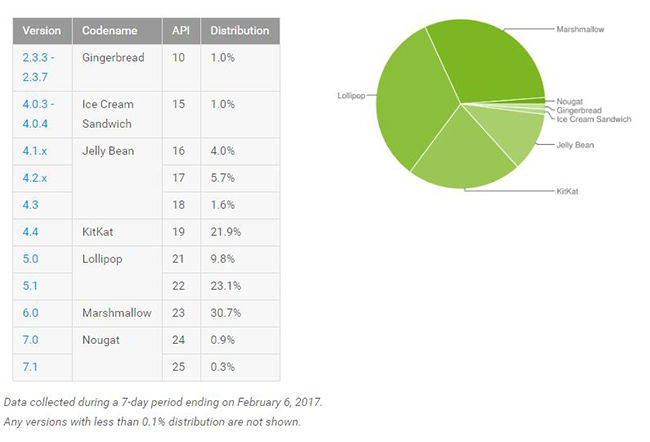 Interestingly, in contrast, according to the App Store page, Apple’s latest iOS, 10 is already on 76% of devices. 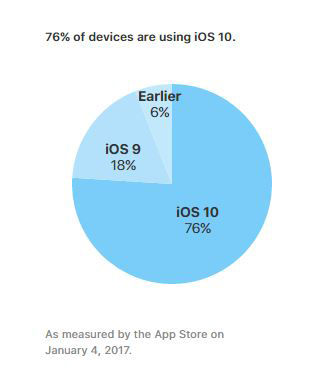 This highlights the fragmentation in the Android ecosystem. It is common knowledge now that even though Google may release updates and patches in a timely manner for the Pixel, Nexus and the Android One devices, they are not always promptly and properly implemented by manufacturers for other devices.

The numbers show that Marshmallow and Nougat are the only ones growing as of now, and the popularity of the Google Pixel devices has some contribution to that. Although, if we are looking at Android having a large user base with the latest Android version then the most certain way for that to happen is a massively popular Pixel lineup, somewhat like the Samsung Galaxy range of devices.

With an increasing push on security and a robust Android environment from Google, OEMs are expected to push updates faster than before. Due to that, we may see Nougat numbers growing faster than other Android versions have in the past. That being said, we’ll only believe it when it actually happens.