Amazon Appstore Spotted On Microsoft Store But There’s A Catch

Amazon App store will run android apps on Microsoft Windows 11. The leaker shared the app's link on Twitter but general users cannot use it.

A well-known leaker, the WalkingCat, spotted the Amazon Appstore on the upcoming Microsoft Store for Windows 11. Amazon app store can be seen on the Microsoft store, however, users can’t use it at this time. The leaker also shared the app’s link on Twitter but to download the app users need to redeem a code first. Furthermore, they also need Windows Subsystem for Android on their computers. 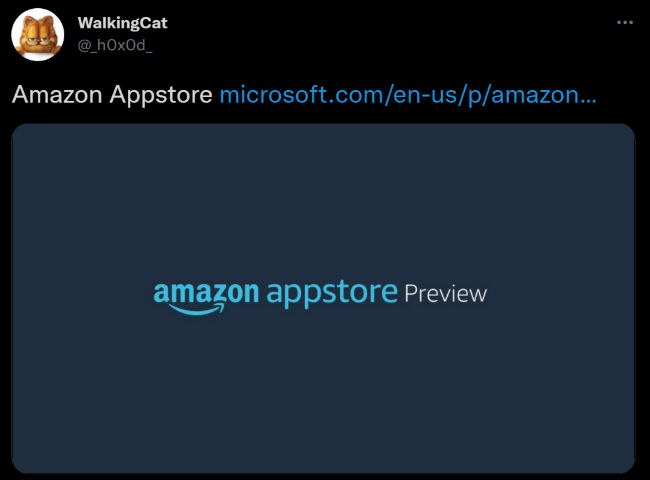 Windows 11 will be the first OS to offer built-in support for Android apps. Earlier people relied on third-party software like Bluestacks to mirror android apps on PC however with Mircosoft 11 such emulators will most likely become redundant.

A lot of people use android apps on PC, especially games like Call of Duty: Mobile, BGMI, Free Fire and many more. However, these people would have to wait a little longer to play android games on PC because support for these apps won’t be available on the official Windows 11 launch on October 5, 2021.