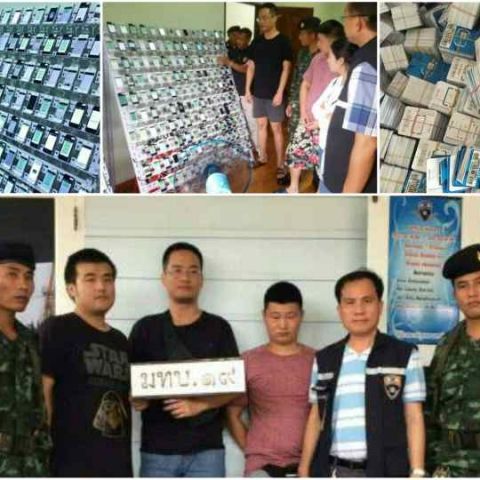 Have you ever posted on a Facebook page and received some random comments on the post hawking a website or a product? If you have a social media presence, you would have definitely come across click baits or auto-generated comments from bots as a publicity attempt by companies to boost their products or content.

A form of fraud, click farms are usually made up of low-income workers whose only job is to click on advertising links all day in order to artificially boost engagement. Sometimes hundreds of thousands of bots are also used to obtain followers or promote content online through bot farms. These bots are essentially fake accounts that try and disguise themselves as actual people on social media platforms and can be programmed to function automatically.

One such click farm/bot farm was reportedly uncovered in Thailand. As per the Bangkok Post, three Chinese men were found running a massive bot operation. The men named, Wang Dong, Niu Bang, and Ni Wenjin, were said to be in possession of 347,200 unused SIM cards from various Thai telecom operators, along with a total of 474 iPhones. The men were using a rack full of iPhone 5S, 5C, and 4S models alongside 10 computers/laptops to artificially boost engagement for a Chinese company on WeChat, the most popular social network in China.

The men were apparently receiving a payment of 150,000 baht every month (Rs 28,4,443) from the company in question, which also supplied them with the iPhones and computers to run the click farm. However, The trio refused to name the organisation that hired them and supplied them with all the equipment. The men were later arrested on multiple charges by the Thai police, including overstayed visas, possessing and using unregistered SIM cards, smuggling and working without an official permit. The matter is currently under further investigation.