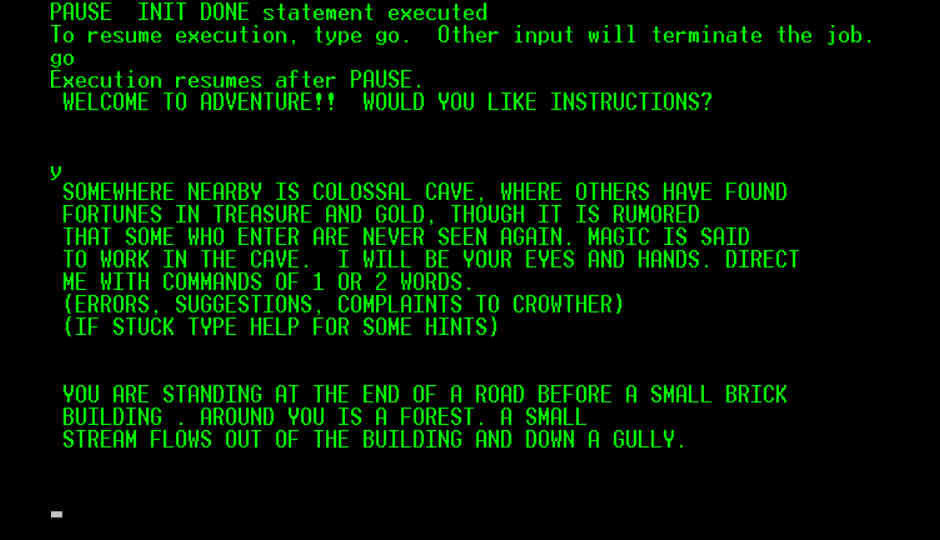 The code for Colossal Cave Adventures was uploaded to Github recently, by Eric S. Raymond.

Before they had mind-bending graphics and professional storylines, computer games used to be simple text-based puzzles, where outcomes changed based on choices. In fact, games like The Witcher and many others follow the same concept, but with an industry that’s bigger than Hollywood today, the graphics and storytelling have a big role to play.

The first text-based game ever made was developed in 1976 and it was called Colossal Cave Adventure. The game’s code has now been open sourced and is available on Github, on this link. Eric S. Raymond, longtime open source advocate and the author of The Cathedral and the Bazaar, announced last week that he had uploaded Colossal Cave Adventure’s code on Github. “This is code that fully deserves to be in any museum of the great artifacts of hacker history. But there’s a very basic question about an artifact like this: should a museum preserve it in a static form as close to the original as possible, or is it more in the right spirit to encourage the folk process to continue improving the code?” Raymond wrote on his blog. The code Raymond uploaded to Github was written in 1995.

Colossal Cave Adventure is pretty much as old as the Internet itself, dating back to the days of the ARPANET, the original form of the Internet. It was developed by programmer Will Crowther, who was also part of the team that created the ARPANET. The game was reportedly based on Dungeons & Dragons. It has been said that Crowther himself was a big fan of the Dungeons & Dragons board games and a cave explorer, which is where he got the idea of Colossal Cave Adventures from. Microsoft shipped the game on its MS-DOS powered machines in the 1980s.