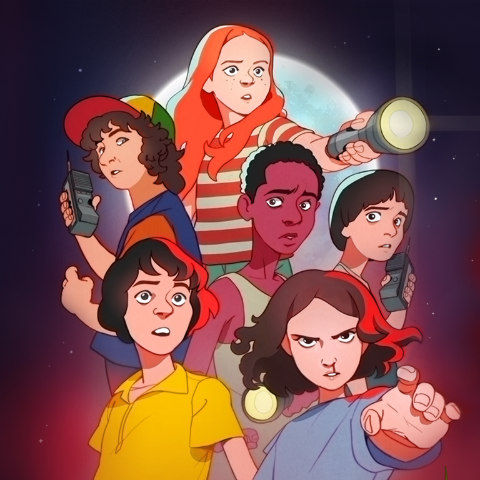 It looks like we’ll soon be getting a Stranger Things game that would play in a manner similar to Pokemon Go. Finnish developer, Next Games have announced that it will be developing a free-to-play mobile game based on the Netflix original series. The game is scheduled to release in 2020, on iOS and Android.

Talking about the game, Teemu Huuhtanen, CEO of Next Games stated, “We are huge fans of Stranger Things and thrilled to work together with Netflix to bring our shared vision of Stranger Things into life in a mobile game format. Our core focus will be to deliver on Stranger Things’ rich and intense themes like friendship and supernatural adventure, and translate these into snack-sized entertainment on your mobile device. Combined with Netflix’s second-to none ability to reach audiences across the globe, we will deploy all of our accumulated creative and technological expertise to create a game for the fans of the series all around the world.”

Due to its use of location-based gameplay, the upcoming Stranger Things mobile game may play a lot like Pokemon Go or another title by the same developer called The Walking Dead: Our World, which is also based on a popular TV series. This game gives players a virtual view of their local area with certain areas showing ‘zombie activity’. Players can then tap those locations and then engage in a battle with the zombies. The Walking Dead: Our World is already available on iOS and Android.

If Stranger Things fans can’t wait until 2020, then they might consider playing Stranger Things: The Game on iOS and Android. This game is fashioned in a manner similar to 8-bit RPG games like Final Fantasy, Earthbound or Legend of Zelda. The game is free to play and lets players explore Hawkins, Indiana, as well as surrounding areas like Mirkwood Forest and Hawkins Lab.