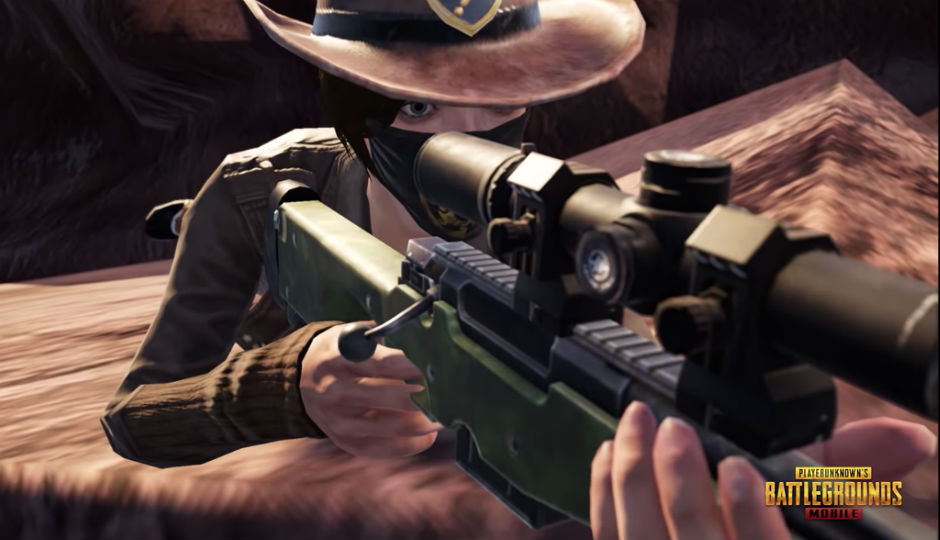 Buckle up because this is PUBG Mobile class 101. We tell you how to find your feet in the game and improve your gameplay in PUBG Mobile.

Have you just started playing PUBG Mobile? Or are you just a poor player with no idea how to improve your gameplay? Well, buckle up because this is PUBG Mobile class 101. Who knows, there might be something here that even the veterans didn’t know. Here, we will take a look at some of the most basic things you need to know about playing PUBG mobile. As they said in G.I Joe, “and knowing is half the battle!”

PS- This article not going to reach you how to run, move or aim better, or even the basic idea of the gameplay. That is something you can only learn through practice.

We cannot stress the importance of this. It doesn't have to be an RGB totting gaming headset, any ol’ headphone with a mic will work. This will ensure that you get better spatial awareness and hear any players, vehicles or gunshots around you. It will also let you communicate with your teammates. Speaking of which…

The microphone is your friend

When playing Duos or Squad, switch chat to team and co-ordinate with your teammates. The option to toggle between ‘team’ and ‘all’ is located on the left of the mini-map. This is vital as you would be able to plan your routes as well as call out enemy locations to others.

Keep an eye on the mini-map

The mini-map will show you the location of certain sounds such as footsteps, vehicles or gunshots. This will help you plan your next move. Do you set up an ambush, or hide and let them pass by? That is up to you. It should also be noted that noise made by your teammates do not show up on the mini-map, so you can rule out false alarms.

Since you're reading this, you might not be very good at the game (at least not yet). So try and avoid landing in any of the major landing spots and rather land in a relatively secluded area with a few houses. This will give you the chance to stock up on ammo an weapons in relative peace. You might not be getting the best loot, but you can always hike to the next location and hope for the best. It's better than dying within the first few minutes anyway.

Look for signs of people

It's always a good idea to approach a location with caution. If you have found a scope, take a look at the windows and the general area to see if there's anyone. Keep an eye out for open doors. The game starts with all doors closed by default, so an open door is a sure sign that someone has been there (or still is there). Other things to keep an eye out for are awkwardly parked vehicles.

Keep an eye on inventory

You first instinct might be to pick up every weapon, ammo and attachment on sight. But that just takes up precious inventory space. Open your inventory by pressing the backpack icon the lower left part of your screen and discard anything that you do not need. Attachments and ammo that you cannot use with your current weapon will have a red symbol on them. You can get rid of them if you want. Of course, if you plan on finding a better weapon than the current loadout, you might want to stick with some items.

Shotguns and pistols are pretty much useless

Shotguns are slow to reload, and have the effective range of a water pistol. Use them only if there is literally nothing around. Pistols are only slightly better, but are pretty much forgotten as soon as you get your hands on better guns. The only exception is the flare pistol. If you get that, point it straight at the sky and fire. You'll get a crate drop exclusively for you.

Each weapon in PUBG Mobile has its own pros and cons. For now, all you need to know is this - Submachine guns are good for short-to-medium ranges. This includes the Tommy Gun, UMP, Vector and Uzi. Assault rifles like the AKM and the M16 are very versatile weapons and can engage targets at a variety of ranges. Considering the fact that you are new to the game, these are the weapons you should be carrying. Sniper rifles do a lot of damage, but are usually slow to fire and require you to add a scope. These require a lot of skill to master.  DMRs like the Mini14, SKS and SLR fall in between the assault rifle and snipers. They can accommodate high powered scopes and have a quick fire rate. If you want to try your hands at sniping, these are the guns to try. LMGs like the DP-28 and the M249 are very powerful weapons. If you come across them (the M249 is only available via airdrop) you should consider picking them up. They have a high fire rate, large magazine size and are effective in most combat situations. Here you can learn about the best guns in PUBG Mobile.

You should already know this, but you need to ensure that you are always in the safe zone. Stay in the blue zone long enough, and you die. If you find yourself outside of the safe zone, you'll have to move towards the white line on the mini-map. But before that, you wait a while. Rushing ahead leaves you open to attack. Tap the mini-map to expand it and see how far away it is. If it's close by, then you can loiter around a little while and pick off any other players making a break for the safe zone. Just under the mini-map is a timer located on top of a bar. That is how long you have before the map starts closing in. Once it starts closing in, a little man will appear. That's you. The more towards the right the man is, the closer you are to the safe zone. The the blue colour filling up the bar is the blue zone, and you can quickly judge how close you are to the approaching it.

Okay. So it turns out the safe zone is really far away, and you will have to hoof it. So see if you can find a vehicle. Any vehicle will do for now. You might be shot at while driving, but ignore them. Your priority is to get to the safe zone. If there is no vehicle nearby, then start running. Drag the left stick all the way to the top in order to lock it. In order to run faster, holster your weapon by tapping the respective weapon icon. You might even have a can or two of an “Energy Drink”. Keep your eyes open for a vehicle at the same time.

To prone, or not to prone

If you are being shot at, it's almost instinctive to go prone. However, that leaves you slow and vulnerable. You are better off running in random patterns. Try to get some cover between you and you attacker. Once line-of-sight is broken, you can either try and run away, or try and fight back.

Keep your health up

Try and keep your health at 100 at all times. Health kits and bandages can only take it up to 75, so take and Energy Drink or painkillers to bring it up to 100 percent.

These were just some of the things beginners need to know when playing PUBG Mobile. Hopefully, these steps will help you get your first chicken dinner.