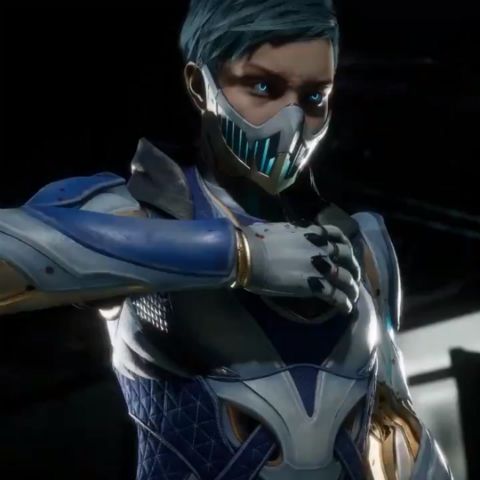 Mortal Kombat 11 to have Frost as the final game character.

The character reveal video shows off her abilities and gruesome fatality move.

A DLC leak hints at the addition of Terminator, Spindel, Joker and more characters to the game.

Mortal Kombat 11 will launch tomorrow but ahead of the availability, NetherRealms is showing off various characters that will be available while playing the game. The latest one to join the roster is Frost, who is a hidden character that will be available when progressing through the story. The new character was revealed in the character debut trailer posted via the official Mortal Kombat 11 Twitter account. In a separate development, data miners on Reddit have found references to nine new characters in game files of Mortal Kombat 11. These characters could be introduced in the game with a DLC and the list includes Shang Tsung, Joker, Nightwolf, Terminator, Sindel, Spawn, Ash, Fujin and Sheeva.

Can you feel the chill in the air? Frost makes her long-awaited return to kombat in #MK11. https://t.co/cf3EngbLmz pic.twitter.com/pQ7j5xUHic

Frost is an ice-themed character that can be seen facing off her master Sub-Zero and shows off her fatality move at the tail end of the reveal video, which as one would expect, is quite gory and brutal. As apparent in the trailer, Frost is the first female cyber Lin Kuei in the rebooted series. The trailer gives a good idea of what new moves she can pull-off, along with her ice-cold weapons and abilities. Additionally, the cybernetic enhancements will enable Frost to detach her head and literally bang it against her opponent to inflict damage and also to defend herself.

Nightwolf, Sindel, Fujin, Shang Tsung, and Sheeva are existing Mortal Kombat characters and their appearance won’t come as a surprise. Joker is expected to be one of Batman’s archenemies while Ash is speculated to be a reference to the lead character from Evil Dead. Spawn is a comic book character, while Terminator is the well-known bot that was originally sent from the future to kill John Connor. The new character reveal video and the leak come soon after the game’s developers showed off the gameplay reveal, which shows off new characters, fatalities and more.