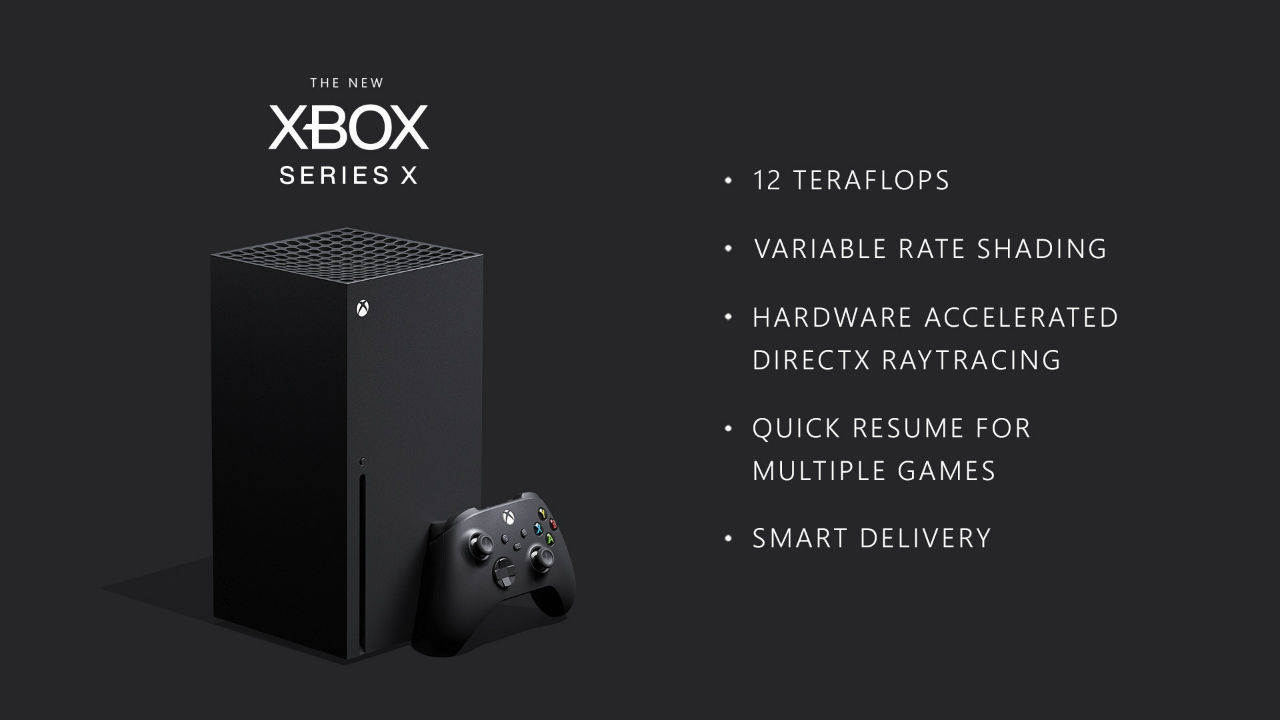 Microsoft has released a blog post highlighting the details of the upcoming Xbox Series X. The post highlights some of the key specifications and features users can expect to be a part of the new console. There is no information on the price or a release

Microsoft dropped a lot of information about the upcoming Xbox Series X. The blog post is by none other than Xbox Head, Phil Spencer. If you want a complete lowdown of everything he said, you can check out the official post here. TLDR, the Xbox Series X will have 12 Teraflops of GPU power, support variable-rate shading, hardware-accelerated DirectX Ray-Tracing Quick resume for multiple games and Smart Delivery. That's essentially everything that was announced. If you want a more detailed breakdown of what this means for you as a gamer, then read on.

It was known that the next-generation Xbox, AKA the Series X would run on an AMD CPU and GPU. Microsoft has confirmed this and said that the upcoming console will run on AMD’s latest Zen 2 and RDNA 2 architectures. Zen 2 CPU’s have been available to PC gamers for a while now but RDNA 2 GPU’s arent available yet, giving console gamers a first look at new PC GPU hardware. To put this into perspective, the Series X gives gamers “four times the processing power of an Xbox One and twice that of an Xbox One X and more than eight times the original Xbox One”. The 12 Teraflop number isn't the end-all of the performance of the series X. Tech like SSD will drastically help reduce load times and HDMI 2.1 will ensure you get a better experience on compatible TVs. More on that in a bit.

Let's simplify VRS for you. Put simply, this means that not every pixel on screen will be rendered the same. The content which is upfront and centre, basically, what you will consciously see will be rendered in the highest fidelity whereas content which is not so easily visible to the gamer upfront and centre will have lower fidelity. Microsoft says, “Rather than spending GPU cycles uniformly to every single pixel on the screen, they can prioritize individual effects on specific game characters or important environmental objects.”

DirectX Ray-Tracing is something we have seen with the Turing architecture on NVIDIA’s RTX cards. This means that the technology is something developers are familiar with and will be able to exploit it on the new console. With DirectX Ray-Tracing, games will have “true-to-life lighting, accurate reflections and realistic acoustics in real-time as you explore the game world”.

We knew that the Xbox Series X would have an SSD. Thanks to the SSD storage, you can say goodbye to loading screens.

According to Microsoft, “The new Quick Resume feature lets you continue multiple games from a suspended state almost instantly, returning you to where you were and what you were doing, without waiting through long loading screens”.

For those unaware, there are a number of places where latency is felt when gaming. The first is the controller input, the second is the display. The new Xbox Wireless Controller will leverage Microsoft's high bandwidth, proprietary wireless communication protocol when connected to the console to reduce latency.

Currently, LG’s flagship 2019 OLED and NanoCell TVs are the only ones that exploit the features of HDMI 2.1. For gamers, this includes features like Auto Low Latency Mode (ALLM) and Variable Refresh Rate (VRR). The new consoles will be able to leverage this to give you a much smoother gaming experience. The LG OLED TV is one that supports 120fps, which is what the new console aims to deliver.

The Xbox Series X will not only play Xbox One games but also the entire portfolio of Xbox 360 games and OG Xbox games that are a part of Microsoft’s backwards compatible library.

According to Microsoft, “this technology empowers you to buy a game once and know that – whether you are playing it on Xbox One or Xbox Series X – you are getting the right version of that game on whatever Xbox you’re playing on. We’re making the commitment to use Smart Delivery on all our exclusive Xbox Game Studios titles, including Halo Infinite, ensuring you only have to purchase a title once in order to play the best available version for whichever Xbox console they choose to play on. This technology is available for all developers and publishers, and they can choose to use it for titles that will be released on Xbox One first and come to the Xbox Series X later”. Put simply, this means that when you buy a first-party game, on your Xbox One, and you upgrade your console, then you can download the assets that optimise the game for the new console without investing in a new game. CD Projekt Red has said that Cyberpunk 2077 which releases in September will also be one game that supports smart delivery.

Xbox Game Pass is one of the best features on the current console generation and will continue to be there on the upcoming console.

Microsoft has given us a look at a plethora of features coming to the Series X. Now it’s time for Sony to tell us more about the PS5.