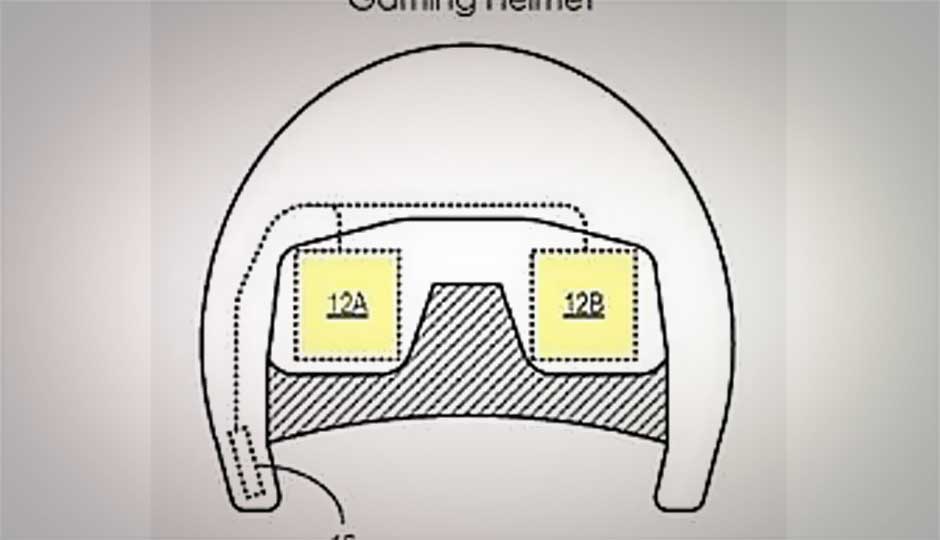 Microsoft appears to be taking augmented reality pretty seriously. The software giant has a pair of new patents that were discovered by Patent Bolt this week, detailing projector eyewear technology for use with a game console like the Xbox 360 and with future mobile devices.

The first patent describes a full-on helmet with attached, visor-like eyepieces and appears to be intended for Xbox gamers, according to the blog. The second reveals eyewear that resembles a pair of sunglasses—that's the tech Microsoft would attempt to integrate into future smartphones, media players, and other mobile devices, so it makes sense that it comes in a form that people might actually want to wear out in public.

The trouble with compact display systems built into goggles or eyeglasses like the ones Microsoft appears to be building, Patent Bolt notes, is that "the human eye can't focus on images less than a few centimeters away." This means the interface has to present a "virtual image" that appears to the eye as if it's actually further away than on the screen-slash-eyepiece where it really lives.

Microsoft's solution is to use a virtual-image projector that "comprises a laser configured to form a narrow beam, first and second dilation optics [each with a diffraction grating], first and second redirection optics, and a controller," according to Patent Bolt.

The upshot is that the wearer of the helmet or glasses would see a projected 16:9 aspect ratio image "as if it were 21 inches in diagonal and viewed at arm's length."

What precisely Microsoft is planning to do with its projector eyewear technology is still unknown. The company could use stereoscopic capabilities—projecting slightly offset versions of images to each eye—to create a 3D effect, particularly for the gaming helmet.

The patent also notes that eyewear may be partially transparent. That points to augmented reality uses, Patent Bolt notes, since the wearer would be able to see both external objects and the virtual display images, possibly with text and images layered over real-world objects to give users information about said objects.

Microsoft isn't the only tech company out there working on such technology. Google is reportedly developing Terminator-like, Android-based heads-up display (HUD) glasses that function as a smartphone with a front-facing camera and a transparent LCD or AMOLED display for one eye.

The "Google Goggles" are said to be operated via voice input though 9to5Google reported in February that a user will also be able to tilt their head to perform certain screen navigations like scrolling and clicking.