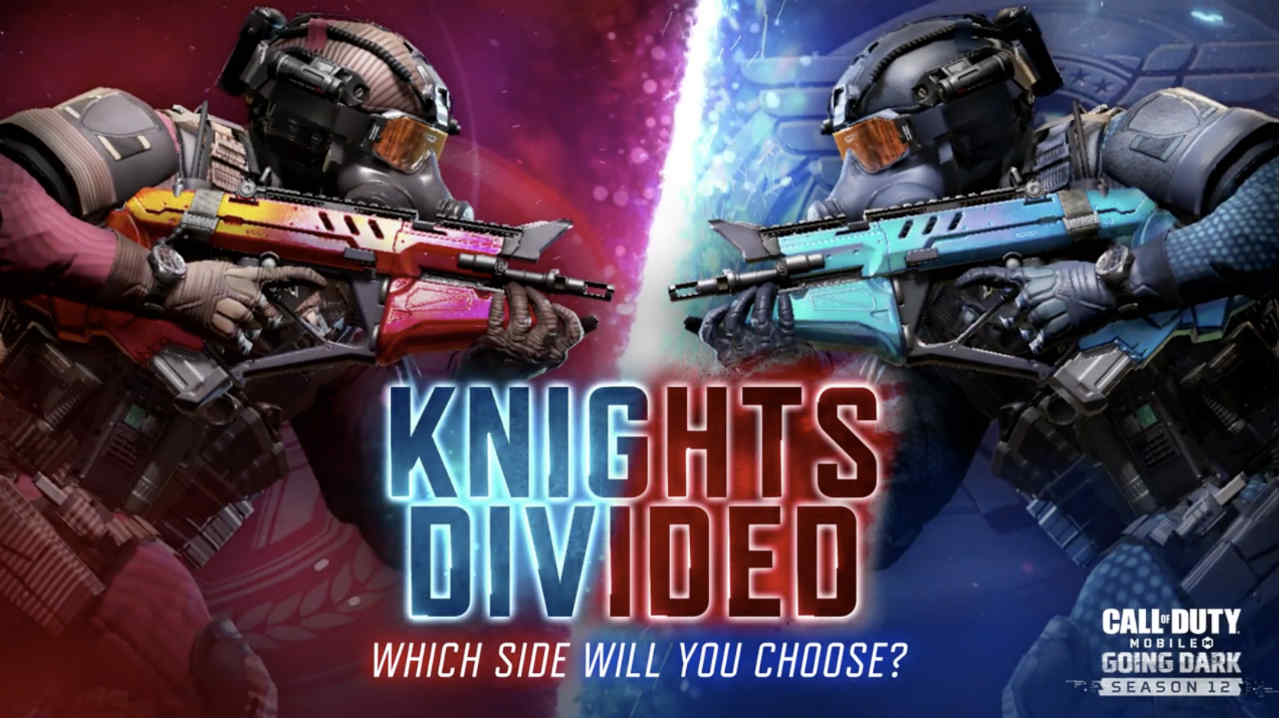 Call of Duty: Mobile Knights Divided event: Everything you need to know

Call of Duty: Mobile’s new Knights Divided Event is finally live. The event was being teased for quite a while and now it's finally here. This event tasks players with picking a side and then earning points to get rewards. This includes epic weapons, skins, charms, characters and more.

The event will go on for 15 days and players will have to choose between Red Team and Blue Team. Once a side is picked, players will not be able to switch. Each side has their own unique set of rewards, but the differences are purely cosmetic and is usually a colour difference. For example, While the Blue Team can earn the Sapphire version of the Razorback SMG, the Red team can earn the Ruby version of the same weapon.

The general idea behind the event is that every 24 hours, a new territory will surface. Each territory will have a certain task associated with it. Players can cake on these tasks to earn points for their faction. The faction with the most pints when a territory closes will claim that particular territory. Each player and faction will receive various rewards through leaderboards, milestones, and through which-ever faction wins at the end.

As mentioned above, players will have a chance to earn epic items like the aforementioned Razorback SMG, Locus - Schism, Elite PMC (Ultramarine or Red Curtain) as well as a bunch of other weapon skins, charms, frames and calling cards.

Of course, Call of Duty: Mobile's Season 12 update is still going strong. To know more about that, check out our round up here.