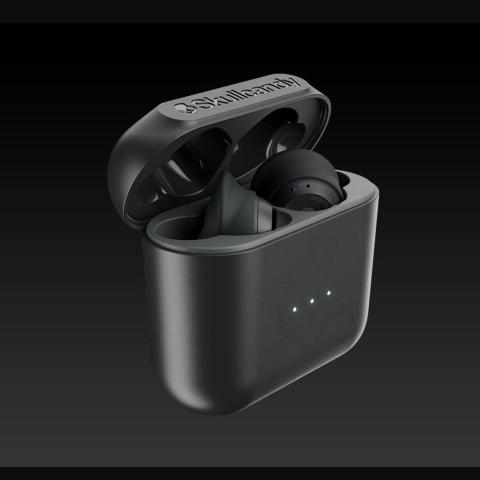 Skullcandy launched its Indy Truly Wireless Earbuds in India today at a price of Rs 7,499. Stored inside a single portable charging case as two independent wireless earbuds (much like Apple's AirPods), they're available in three colour options: Moab, Indigo Blue, and Mint. One more colour option is expected to arrive in the coming months. The new pair of Skullcandy's wireless hearables is available in online and offline stores starting today.

According to a press release sent out by Skullcandy, the new Indy wireless buds feature a Bluetooth range of 33 feet, a total battery life of 16 hours (4 hours each independently, 12 hours using the charging case), and access to the phone's default virtual assistant (such as Google Assistant or Siri). The Indy buds also offer resistance to dust, water, and sweat. The buds have ear gels that ensure a firm grip while placed in the ears and dedicated haptic buttons on them to control audio playback and calls.

We, at Digit.in, had an opportunity to interview Amlan Bhattacharya, Founder and CEO of BrandEyes, Skullcandy's distributor in India. When we asked if Skullcandy, as a brand, was becoming inadvertently mature and was straying away from its habit of launching audio products in funky colours and styles, the CEO smilingly shook his head. He assured us that Skullcandy was staying true to its targeted customers and style. Skullcandy's new 12 Moods campaign is a bold and decided step in the right direction, Bhattacharya added.

Skullcandy's 12 Moods campaign essentially focuses on twelve various moods (read: themes), one each for each month in the year. Recent moods from this year include “bold”, “empowered”, and “elevated”. When asked about counterfeits and fake units, Bhattacharya agreed that that was a huge problem the company faced between 2014 and 2016. But he assured us once again that Skullcandy was well behind those days, especially after it took several measures to counter it, including targeted raids by customs officials in parts of China, where the counterfeits originated from.