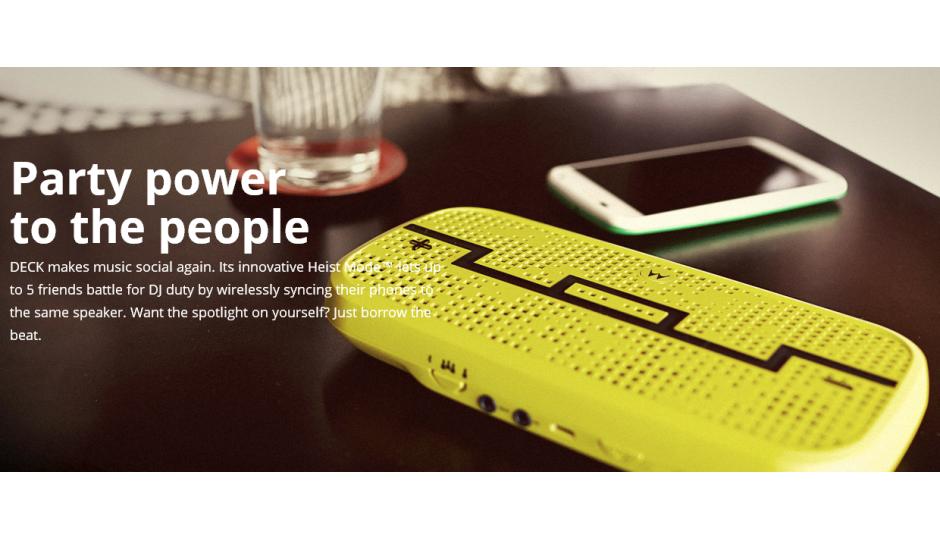 Motorola has expanded its portfolio in India as it launches a new Bluetooth speaker in India. Priced at Rs. 8,990, the new Motorola Deck Bluetooth Speaker is exclusively available via Flipkart.com.

The Motorola Deck Bluetooth Speaker features R2 Sound Engine. The speaker supports Bluetooth 4.0 and NFC and can connect up to 5 devices at once with Heist Mode. The speaker also has microUSB port, 3.5mm audio in/out jacks.

The device has LED lights, which changes colours. In outdoor mode, users can enhance the audio. The speaker is claimed to feature 360-degree full sound, and 300 foot wireless range.

As said above, Motorola has been expanding its portfolio in the country. Apart from phones, it has launched a smartwatch – Moto 360 – in India. The company has also launched Moto Hint Bluetooth-enabled earbud and the Power Pack Micro power bank.