Reportedly, the earbuds are currently in development under the code name “Morrison.” 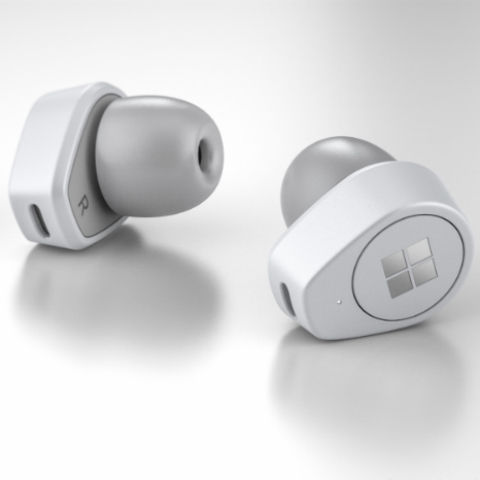 We read about it in July last year, and it seems that the report about Microsoft’s Apple AirPod-like earphones was true. Citing “multiple sources who are familiar with the company’s plans,” Thurrott reports that Microsoft is developing a pair of earbuds under the code name of Morrison. If launched, the company will have its presence in the two major categories of headphones: in-ear and over-ear (Surface Headphones).

The report notes that the codename for this product does not fall in line with the generic ones that Microsoft has used for its other products. There are devices like Andromeda and Centaurus that use astrological names. The Surface Headphone was codenamed Joplin, which could be related to Scott Joplin, an American music composer. This suggests that the Morrison codename could be related to Jim Morrison, the lead singer of the band The Doors.

When it comes to the features of the earbuds, nothing concrete is known, but going by what the Surface Headphones offer, and its competition with Apple (which recently released AirPods 2), Microsoft may include noise cancellation and Cortana integration to enable smooth interaction between a phone, PC and the earbuds. Further, the device may be released later this year.

This is the right time for Microsoft to test new waters because innovation in hearables is on an upward trajectory. Earlier this year, Counterpoint Research said that hearables is one of the fastest growing areas but due to the presence of several technical hurdles, it is believed that technology companies can do a lot more with hearables in the near future. The firm believes that 2019 will be the year that hearables evolve into an important market.

“During the year, we expect major technology companies to drive innovations in true wireless hearable technologies. A rise in discretionary incomes of consumers and evolving digital habits are expected to propel the demand for hearables across the world. In addition, Google and Amazon are likely to introduce similar hearable devices this year. Companies which make their mark in hearables will be in a prime position to be the point of control for their environment,” it said.