Got a ton of pictures you wouldn’t want to share with anyone? Well, here’s some good news. Google will soon roll out its latest feature, Locked Folder, which will be available on the app version of Photos. As the name suggests, the folder will let you save your private pictures and ensure that you don’t have to worry about who can access the same when you’re not around.

The Locked Folder feature will require you to enter a passcode or biometric authentication in order to access the content in the folder. While the feature was launched exclusively onPixel smartphones in June, it will soon be available on all Android devices, as long as they operate on Android 6 or higher. The tech giant has not confirmed when the rollout will happen, and has only claimed that it will happen “soon”. 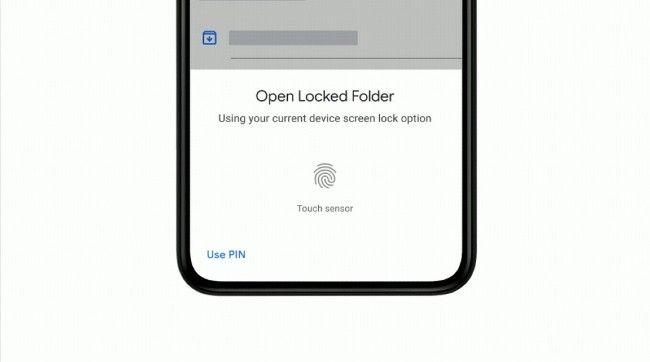 How do you set up the Locked Folder feature on your smartphone?

In order to set up this feature, you must  go to your Library > Utilities > Locked Folder. Once the folder is created, you must manually move your photos or videos to the folder. When you take a photograph with a Pixel smartphone, the phone automatically asks you whether you want to save the photograph in your Locked Folder. However, as of now, it isn’t clear whether this feature will also be available on Android smartphones.

One of the biggest reasons people are wary of taking or saving sensitive pictures is that such images can be leaked from the Cloud. This had happened to a few celebrities years ago. With that in mind, it’s important to note that anything you save in the Locked Folder will not be uploaded to the Cloud. Your content will, thus, be safe.

Google has been rolling out a few cosmetic updates lately, however, now, we also know that there are a few functional updates on the way. We’ll keep you posted as and when we know more.

Also Read: Google Search now has dark mode on desktop and here's how to activate it