Snapchat promises to make the app more secure after leak of 4.6mln usernames

Snapchat issues statement about making the app more secure, after 4.6 million users data was leaked from the site. 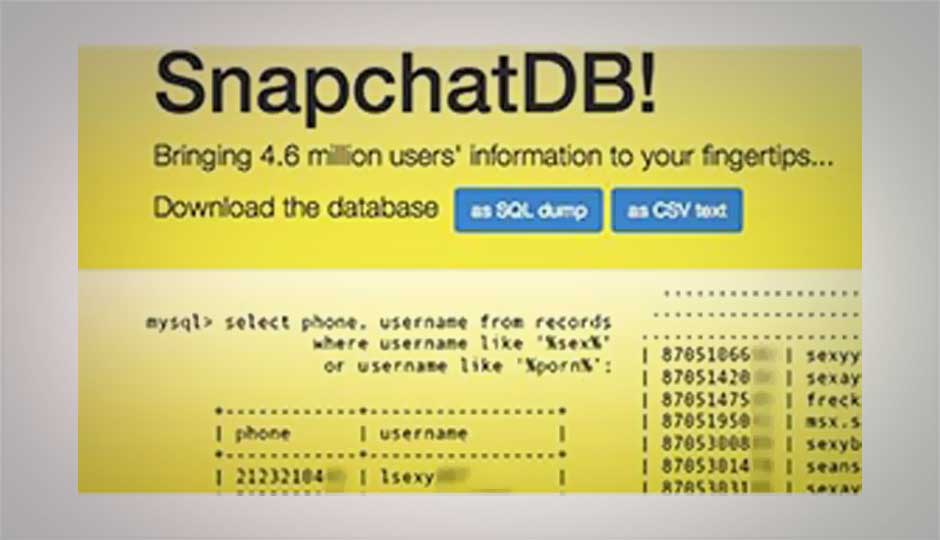 Snapchat promises to make the app more secure after leak of 4.6mln usernames

Social media app Snapchat has issued a formal statement about the recent leak of the 4.6 million user names and phone numbers, stating that the company is improving its app to prevent future data leaks.

The app will allow users to opt out of 'Find Friends' feature who stores the usernames and phone numbers for searching friends. The company has even set up an email address that white-hat hackers can use to notify the company of potential exploits: security@snapchat.com.

Snapchat acknowledged in a blog post, "it was possible for an attacker to use the functionality of Find Friends to upload a large number of random phone numbers and match them with Snapchat usernames. On New Years Eve, an attacker released a database of partially redacted phone numbers and usernames. No other information, including Snaps, was leaked or accessed in these attacks."

Snapchat says it “will be releasing an updated version of the Snapchat application that will allow Snapchatters to opt out of appearing in Find Friends after they have verified their phone number” and that it’s “also improving rate limiting and other restrictions to address future attempts to abuse our service.”

Snapchat, the self destructing messaging service is popular with teenagers. According to a recent report Teenagers are leaving Facebook to join other social networking sites like Twitter, Snapchat, etc. The site reportedly declined a $ 3 Billion offer from Facebook Inc last year.