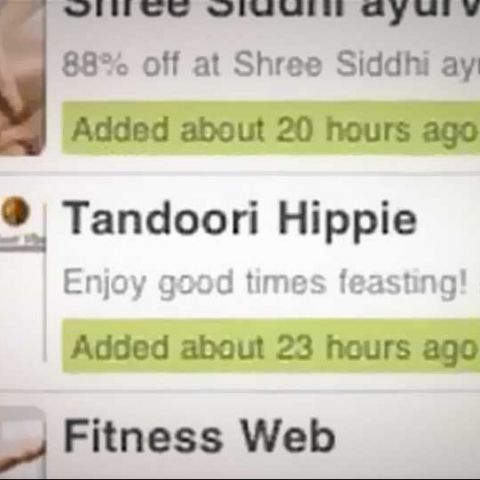 TaazzaGo, a location-based service for India, has been rebranded to Localbeat. It will now also be available for iOS devices, after enjoying popularity in the Android Market throughout 2011.

Developed by Bangalore-based company, Taazza, Localbeat will provided location-based results on news, deals, events & advertisements, using GPS connectivity. The service is currently live in 40 cities, and will soon be expanding to the top 100 cities in India.

Arjun Ram, founder and director of Taazza, spoke about the rebranding, and iOS launch:

"We are excited to rebrand as Localbeat as it portrays our application better. Average user spends about 70% of their life around where they live and work; we make their lives better and bring information to their fingertips. We are excited to bring our service to a passionate group of users on the Apple platform. The relaunch is a result of learning from our users on the Android platform where we have received over 250 ratings. India is expected to have 450 million smart phones in the next 4 years and we provide a first class service which makes a difference to their lives."

The Localbeat app also allows users to report issues in the neighbourhood & lets NGOs use this data to make the locality better. Users will get exclusive updates and services from more than 10 partners of Localbeat, and more partners are expected soon. The app is also being an easy way for the NRI community to keep track of what’s happening back home at a local level.

Talking about how the app has improved since its last avatar, Rajat Upadhyaya, Technology Head at Taazza, said:

"We have actively listened to our user feedback and have increased the content on the platform drastically. The application has been rebuilt ground up and is aesthetically redone. Our previous release was already rated among top 40 beautiful apps on the Android platform. This release takes it to the next level."

The application "Localbeat for India" is currently available on Android Market and Apple iTunes Stores in all countries for free. Check out the video preview of the app below: