Google Maps for iOS and Android gets dynamic re-routing 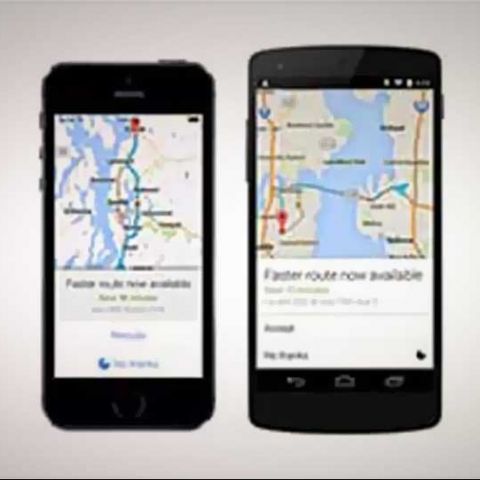 Google has rolled out a new update for Google Maps (for Android and iOS) that alerts its users when a faster route becomes available. The new version can be downloaded for iOS from Apple's app store while Android users will get an automatic update.

The new update alerts users if a faster route becomes available while using the navigation feature in Google Maps. Users will get an automatic pop up on the bottom of the screen inviting the user to take the option. The message will be displayed for 30 seconds and if the user ignores it, it will go away. To accept the re-routing, users will have to tap on the screen and the route will change.

The update incorporates part of a technology from Waze, an Israeli-based mobile app that Google acquired seven months ago for $966 million. Waze gained popularity with its crowd sourced features and gamified navigation system that made the users route safer as well as faster whenever possible. The app had an ability to intelligently reroute users in the event of a traffic accident or other significant delays. Waze also provides real-time information on traffic and gives suggestions for short-cuts and stops along the way.