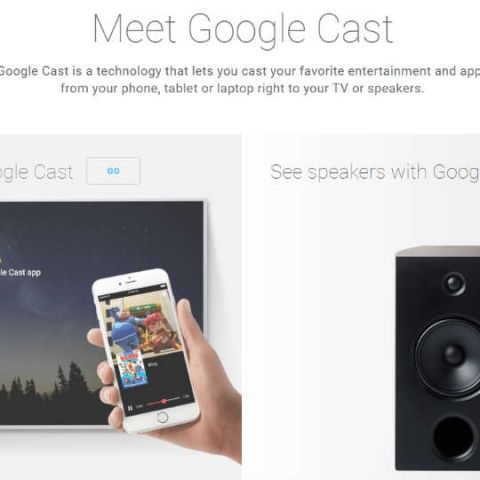 Google has rebranded its Chromecast app to Google Cast. The company explains the reason for the new name to present it as a better reflection of the fact that Cast technology is now supported across multiple devices. These range from Chromecasts, TVs, displays and speakers. The updated app will start rolling out to Android and iOS devices this week. In addition, Google has also announced that the Cast technology will be built into Vizio’s P-Series displays, soundbars and speakers. The displays will offer casting in Ultra HD and Dolby Vision High Dynamic Range standards. Since the technology is built into these devices, it will not require the use of a Chromecast dongle.

Google’s Chromecast allows users to stream video content from smartphones to TVs. Chromecast was launched back in 2013, and was available in India a year later. Its revamped and improved edition, Chromecast 2, was launched in 2015 along with Chromecast Audio, which facilitated streaming of music to any ordinary speaker.