Facebook starts rolling out instant articles, to speed up your news feed. 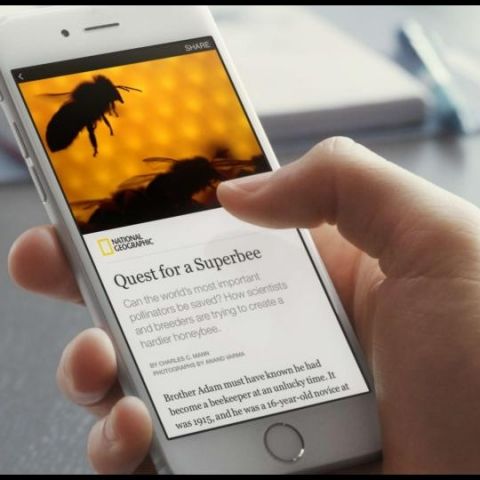 Facebook has started rolling out instant articles on its mobile app to speed up its news feed. The new feature ensures that the articles will load 10 times faster on Facebook’s app. Facebook says that the articles are hosted on Facebook’s servers, are well designed and create a genuinely better experience for the user than the 8-second wait for an article to load on the mobile web.

"Speed is the most important feature for any mobile software," said Chris Cox, Facebook’s chief product officer. "Photos, text, video. We keep learning the lesson that if it’s not delivered instantly, you’re losing a bunch of the goodness that could have happened." Facebook will host content from popular publishers including the The New York Times, National Geographic, BBC News, among others. The new feature has been rolled out after months of negotiations with publishers amidst concerns that their participation could eventually undermine their own businesses and make them rely on the social networking site more.

The social networking site is offering attractive terms to the publishers and will allow them to sell ads in their articles and keep all of the revenue. Publishers can also opt to sell excess ad inventory through Facebook’s advertising network and keep 70% of the revenue. Publications will be able to see their logo on top of every story, along with a "follow" button that you can click to subscribe to their Facebook page and get more stories. They will also be able to include authors’ and photographers’ Facebook photos at the top of the story; which will take you to their profiles and lets you to subscribe to their public posts. Publishers will also be able to embed objects like tweets and interactive graphics in instant articles. Facebook Chief Product Officer Chris Cox stated in a blog post that the Instant Articles will let publishers “deliver fast, interactive articles while maintaining control of their content and business models.”
A recent study found that 39 out of 50 news sites now have more traffic coming from mobile users than from desktop users. Many publishers hope Facebook can help them better tap into the fast-growing mobile advertising market. Facebook reportedly has double the user engagement of any other social network. Last year the company beat internet giant Google as the leading referrer of traffic to news sites.