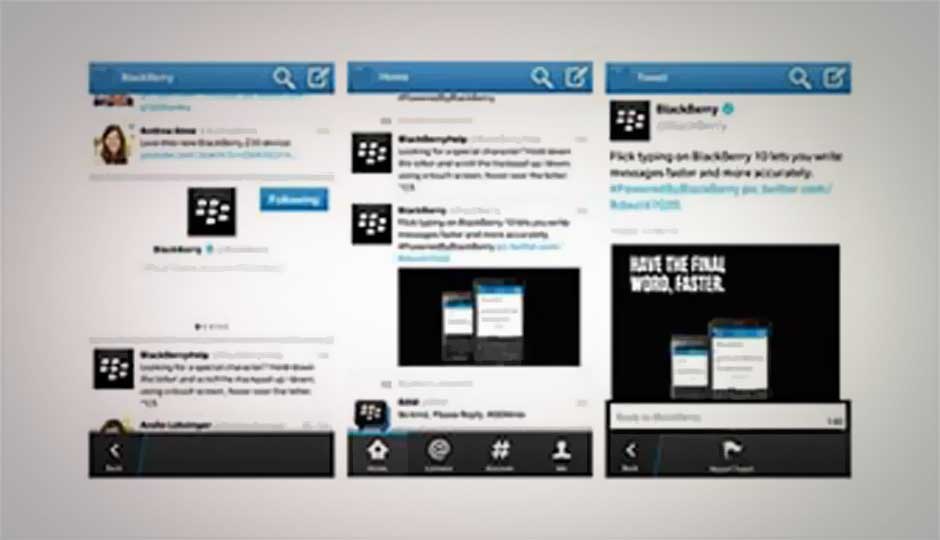 BlackBerry had rolled out an update to its Twitter mobile app for Blackberry 10 earlier this month. BlackBerry has now pulled it back just a little over a week after its release after receiving a number of user complaints about bugs.

BlackBerry issued an update on its site about how users can downgrade from the current version to the older version of the Blackberry 10 app. Blackberry states on its official blog that it is investigating the issue and will announce when the version is available again to download.

The company stated in a blog post, "Twitter version 10.2.2 has been removed from BlackBerry World due to user reported issues. We are actively investigating and will provide an update here when Twitter 10.2.2 has been reposted."

Blackberry has posted step by step instructions to roll back to the Twitter version 10.2.1 on its official blog.

The 10.2.2 Twitter update had brought several enhancements to the app including BBM connectivity, to reply within tweets, timeline photo previews, a boost to the search function and much more.

BlackBerry which has been on a slow downhill this past year fighting against Android OS and Apple iOS for market share. According to the latest financial statements, BlackBerry customer based dropped nearly 68 per cent over the past few years, from 250,000 to 80,000. The struggling handset maker has given away a lot of free upgrades to help retain its customers and will start asking payments for service after 2013 year end. The company has recently received a US $1 Billion funding from investors that might help in getting it back on its feet.